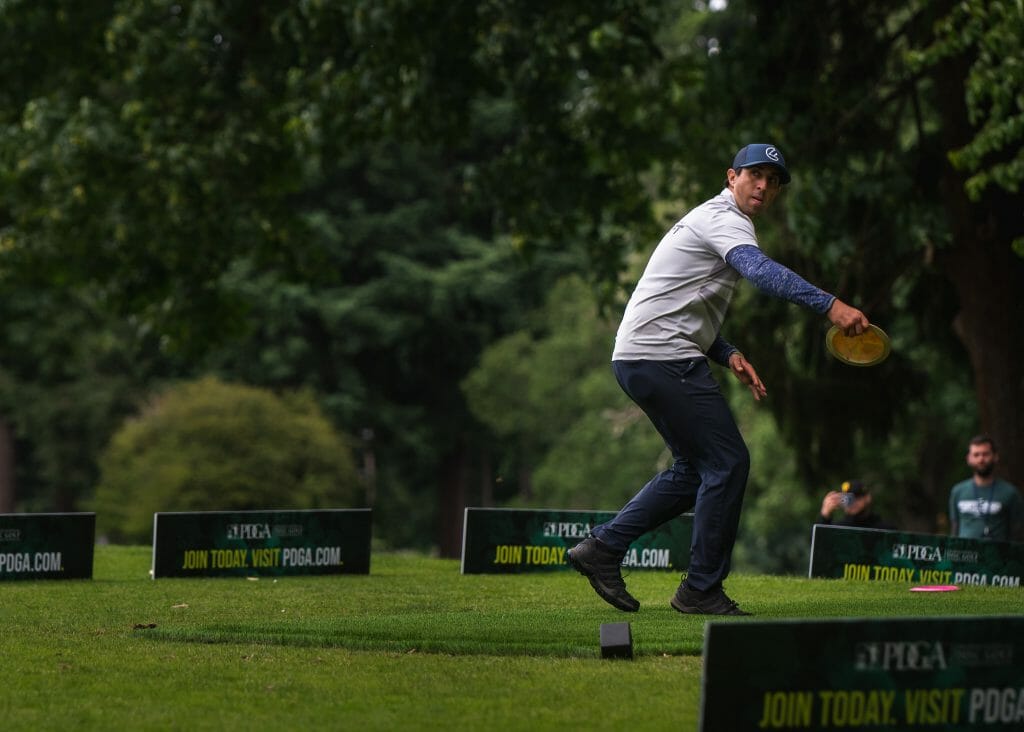 It was differing fortunes for those near the top of the leaderboard when round 2 of the Des Moines Challenge restarted on Sunday morning after play was suspended on Saturday.

Callaway was not just the only player with an eagle on hole 10, he was the only one to even have an eagle look from inside C2 in the field. And his was just 16 feet away. To par, hole 10 is the easiest on the course with 61% of the division recording a birdie on the par 5, but Callaway’s hyzer approach was still something special.