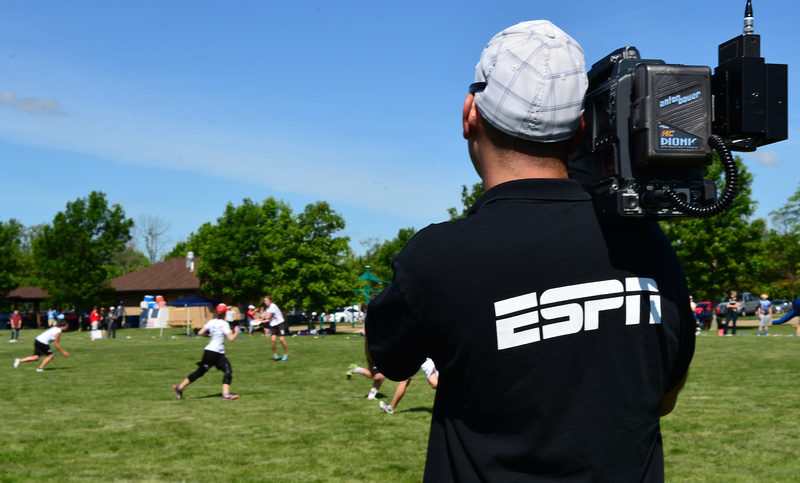 A consortium of elite club players – dubbing itself the Gender Equity Action Group – has released a statement encouraging USA Ultimate to further strengthen its gender equity policy, particularly in the area of broadcast media coverage.

While not explicitly stated, this appears to take issue with the fact that ESPN3 showcases both Men’s semifinals and only one Women’s semifinal at the US Open and National Championships, and that USA Ultimate generally schedules Men’s Division games in primetime slots.

“To achieve true equity,” the group writes, “media coverage and USA Ultimate policies must prioritize visibility of female athletes over male athletes to compensate for the ways in which women have been historically and socially disadvantaged.”

They add that USA Ultimate has “regressed in its approach to gender equity by preferencing coverage of the men’s division over both the mixed and women’s divisions” in pursuit of greater visibility for the sport, the #1 tenet of the current strategic plan.

The statement goes on to suggest new language for USAU's Gender Equity Policy (changes shown below in bold):

In an attempt to strengthen the ultimate community and ensure that the sport of ultimate remains an inclusive and welcoming sport for female athletes, USA Ultimate endorses a policy of gender equity. USA Ultimate will ensure equitable coverage and promotion of women’s divisions of play (women’s and mixed) to that of the corresponding men’s division, and require outside partners and vendors to achieve gender equity in their coverage of and marketing to ultimate. As long as the number of female players lags behind the number of male players, USA Ultimate will implement targeted outreach programs that strive to increase the number of female players and ensure equitable coverage of female players. ((The group's GEP suggestion does not include the addendum from 2013: "USA Ultimate, in order to promote and encourage the growth of female play in USA Ultimate competition, recommends the creation of comparable teams of each gender. In situations of unequal opportunity, reasonable accommodations should be made to include female participants."))

The group wants to influence the ongoing discussions with external media partners in advance of a new broadcast contract; the ESPN3 contract expires at the end of the year.

The group asks for a response from USA Ultimate within a week of the submission of this proposal, which was sent to Colorado Springs yesterday afternoon. Their statement also suggests that more concrete requests about adjustments to USAU’s gender equity policy are forthcoming.

The statements from the GEP are largely directed towards outside vendors and coverage partnering with USAU. As the prime example for ultimate coverage in the US, how do you feel Ultiworld does in terms of equitable coverage?

I’m not a fan of them slapping that one week deadline on USAU. First, it’s just lame for a group that’s had all the time in the world to craft their statement to give the defendant one week (an incredibly busy week for USAU, at that) to respond. Second, what are they going to do if USAU misses that deadline? Boycott nationals? Boycott the streamed games at nationals? It just seems like a “we mean business, take us seriously” move and is a petty way to end an otherwise well-crafted statement