The In-Between: Off To The Green Mountain Championship 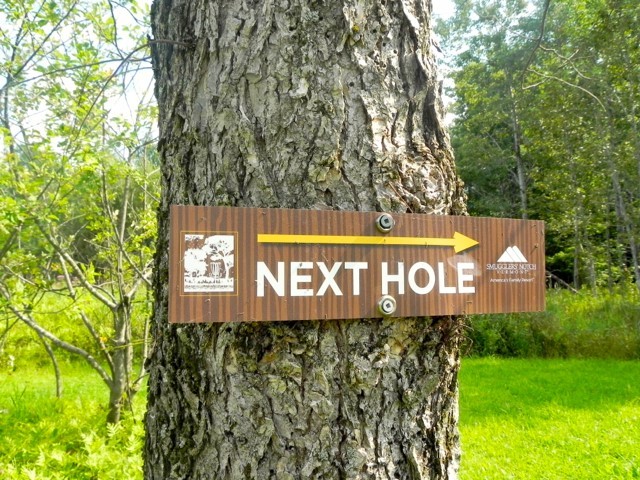 Professional disc golfers play many events every season, but what are they up to when they aren’t trying to get on the lead card? Every other week we here at Ultiworld Disc Golf will spend some time aggregating the slightly on, but mostly off-course activities of disc golf pros everywhere. It’s disc golf’s zeitgeist, let’s see what’s going on!

It’s been a long season that has seen the pros traverse North America from the Atlantic to the Pacific in between trips to prominent European events. But it’s not over yet, and this week many of them are off to the Green Mountains in one of America’s smallest—at least in terms of area—states, Vermont. For a lot of the top pros, like Nate Sexton, it’s their first time in Vermont, and they’ll be tackling the Green Mountain Championship at Smugglers’ Notch, followed in quick succession by the Disc Golf Pro Tour Championship.

Before those events begin, let’s take a break from all the chaos surrounding the Bradley Williams suspension fallout to see what some of those pros have been up since our last update of this kind and while they’re on their way to New England.

34 Likes, 0 Comments - Samuel Logan Bowers (@logan_bowerz) on Instagram: “Since its national dog day I have to post about my boys! The one on the left is Shiloh and the one…”

One theme of the last few weeks has been a propensity of posts showing all the disc golf doggies. Logan Bowers got things started in recognition of National Dog Day with pictures of his two clearly well behaved and inquisitive doggies. Eric McCabe had Ralph—perhaps disc golf’s most famous celebrity dog (he even has his own signature disc)—doing his best Yoda impression. Thoughtful, he is.

Our next two dogs got a lot of exercise: Kyle Sawtelle went on a long hike with his pup through central Colorado—those are some big mountains!—and Jeremy Koling’s dog Finley got to go for a swim (that’s one happy puppy). While those two doggies got their exercise off the course, Annabel Lee got a round in at Iron Hill with Andrew Fish—which was, assuming they played the gold tees, roughly 10,255-feet of Frisbee chasing.

And finally, Kyle Webster’s doggie is real sleepy for his selfie. If there’s one thing we can learn from this guy, it’s that getting uninterrupted rest is real important.

Disc golfers get to travel all over the place and see many things. Luckily for us they take pictures along the way, and a lot of those pictures involve aspects of the physical environment, including an assortment of flora and fauna. We’ve decided to create a semi-regular special section for just such images, and name it after perhaps disc golf’s most prominent photographer of nature, Madison Walker.

Summer is just about over, so how about we start out with some views of the beach. Walker has a nice one from down in Florida, and Dion Arlyn’s got another one from the very underrated beaches out in Oregon. I’ve been to a few of them, A+ all around.

Coby Guice and A.J. Risley both got to spend some time camping and hiking in different parts of the Appalachian Mountains recently, while Peter McBride, Tim Skellenger, and Eagle McMahon got to do the same out West while visiting Zion National Park, Glacier National Park, and Solitude Mountain. Now that’s some quality outdoor recreation and solid, scenic landscape views.

Paul McBeth even got in on the outdoor recreation action, complete with some product placement! River paddling can be a great workout, especially if you’re paddling upstream, against the current; in fact, it’s almost like being at a gym, but outdoors! And we know McBeth can’t go too long without hitting the gym, yo. Maybe he can keep crush slaying all the rivers in New England in his canoe while he takes the weekend off from after he plays in the Green Mountain Championship.

Enough with the artsy landscape photography and casual product placement. Let’s see some fauna. Kyle Webster and Bradley Williams both had separate run-ins with praying mantises. While Bradley mistook his for a Pokemon (c’mon man, I mean, it doesn’t look like much like a Scyther…), Kyle decided to see if his mantis spoke or understood English. Kyle, I think the answer is no.

And finally, it wouldn’t be the Nature Nook without some totally majestic shots of fungus-y mushrooms. Thankfully, Zach Melton has us covered this time with a veritable mushroom city growing in Virginia. Whoa. Someone check for Smurfs under that thing. That looks as if a whole bunch of Cloud City’s were grouped together on Bespin, man. He also spotted the only anglerfish ever observed outside of the deep ocean. Zach Melton, always with the clutch finds.

In the run up to the Blockhouse two weekends ago, Andrew Fish asked for feedback on a most significant question: 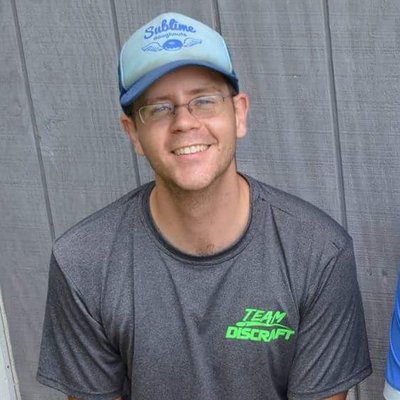 The people responded with a resounding no, and Fish indeed confirmed as much, though there was no indication whether this was due to Sonic and yakking.

That’s it for now. Enjoy watching the disc golf from Vermont this weekend.