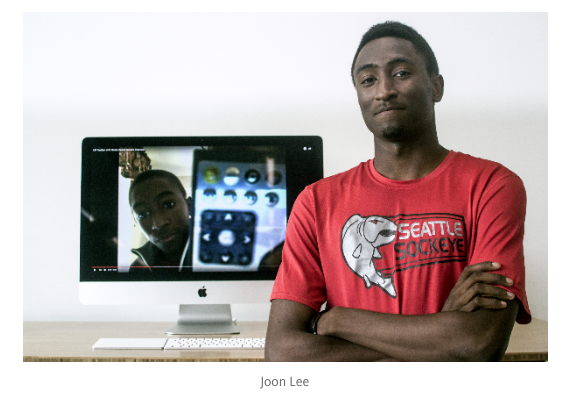 Marques Brownlee poses in a Sockeye jersey for the feature’s author, Joon Lee.[/caption]

Internet taste-maker and Bill Simmons-branded website The Ringer published a feature today on the most popular ultimate player on social media. Marques Brownlee, better known to his 3.6 million YouTube subscribers as MKBHD, is a well-known tech reviewer whose ever-improving brand of slick videos have, according to the piece’s author Joon Lee, “…been at the forefront of the evolving understanding of what a life lived on YouTube can be.”

The feature provides a brief history of the growing community of tech reviewers on YouTube, of which Brownlee is a figurehead, and details the growth of his brand on the video platform giant. Citing the website Social Blade, Lee suggests that the MKBHD label earned over $500,000 in ad revenue last year.

It’s no doubt been a wild tech and social media popularity ride for Brownlee, who we profiled here exactly three years ago. Back then, Brownlee commanded 460,000 subscribers to his YouTube channel. His following on YouTube alone has grown eight times over since then, and, in the process, Brownlee has graduated from college and moved full time into being a “professional ultimate player who makes videos on the side.”

At the time of the 2013 profile, Brownlee had 100,000 more subscribers than Brodie Smith. Now, he has 2 million more. He currently plays for Garden State Ultimate, out of his home state of New Jersey.