Tuesday Tips: 12 Moves To Reset Off The Sideline, Presented By Spin Ultimate 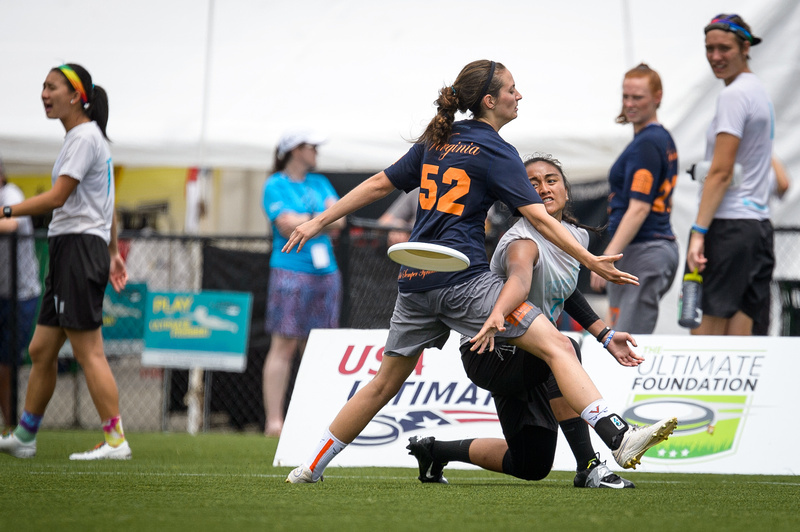 This article was written by guest author Will Sun.

Having the disc trapped on the sideline is one of the more precarious spots for an offense to find itself. If a downfield cut doesn’t materialize or a thrower does not feel comfortable squeezing a throw down the sideline, it is on the handler to get open for a reset option. With the sideline acting as an additional defender, options are limited.

So what is a dump cutter to do when everyone on the field knows they are now the only option? When all of our teammates are nervously gnawing their fingernails to pieces, counting on us to successfully offer a viable reset cut for the thrower, what maneuvers and moves can we use to shake free at this crucial time?

Below are 12 dump moves that can be utilized to get open when the disc is trapped.

Notes on terminology used in this article:

What’s the best positioning for a dump like this? It depends on the situation. In the above clips, the dumps set up closer to the thrower, and slightly downfield. This way, the thrower can make a throw that goes horizontal (minimizing loss of yards and maximizing lateral positioning to open up break continuations) and can float out into space for the dump to run onto. The dump could even stay stationary until the disc is in the air.

What happens if you set up too far away laterally from the thrower? The dumped disc spends too long in the air, and your dump defender is dangerously close to making a grab or Callahan. What happens if you set up too close? The throw is harder and you don’t gain enough lateral space for dump to successfully challenge a different direction on the next throw. If you set up parallel to the thrower? This is fine but your thrower has to make a tougher angle with their a throw, one that must curve a lot instead of flying flat.

The upline cut is the most dangerous place for a defender to give up a reset, as it moves an offense from a tough spot directly into power position for a possible continuation huck. Take advantage of your defender’s protection of this option by driving into that space and getting your mark on their heels before going toward where you came from.

While this is a common dump cut, you can throw in your own variations to mix it up. Here, Dylan Freechild drives upline, stops with a stutter step, then continues further upline, before finally going backfield.

Dalton Smith does the same, but without facing the thrower. His defender wishes he had somewhere to hide.

Running short of time to set up a full upline fake? Give your defender a quick shake of the shoulders to get them off balance before making your cut.

If your dump defender is watching your hips and is balanced, you’ll have to be more convincing with a full-body shimmy move instead.

What a catch on the end of this play.

4. Take the inside line.

Start making an upline cut, then change your angle and take the inside line on your defender to collect a shorter upline pass. While it may not always result in power position like a typical upline cut, it is still a great move as it’s a viable reset option that gains rather than loses yards and keeps you facing downfield.

This same move can even work if you are starting downfield and setting up a fill cut, as George Stubbs shows here.

Start by driving upline, then stop short, opening up an inside throwing lane while your retreating defender tries to slow down and recover.

Depending on the strength of your thrower, you may not need to drive all that far at all.

What I’ve learned as the “Colorado” cut is similar to the last move, though in addition to stopping short, you also peel horizontally back toward the middle.

7. Open up hips and shuffle to the break side.

If a team is playing an especially aggressive no dump mark, sometimes the best place for a reset throw to travel is over the downfield cutting space across to the break side. As a dump, open your hips to alert your thrower that is where you are looking and then shuffle sideways so you can keep the throw in sight the entire time.

This throw certainly has some risk in windy conditions or when defenders are in the space that the disc flies over, but sometimes you gotta do what you gotta do.

Stall is high… now we’re into really dire straights. How are you going to bail out your teammate? It’s time for what a former captain of mine called the “desperation cut." Drive far upline then cut straight back towards the thrower.

This can function in a high-stall, bail-out situation, but it is far from an ideal reset, especially on the sideline. This cut leaves the new thrower still trapped on the sideline, possibly losing yards, and facing the wrong direction from the play. Still, a useful tool to keep tucked away to reset the stall count or get the disc into different hands.

9. Go directly behind the thrower.

I’m not going to pretend this is a great reset option. It’s playing directly into a defender’s hands, as they are forcing you closer to the sideline and preventing you from getting off a useful continuation, often leaving you in exactly the same spot you were before, looking for another dump.

But, it resets the stall count. And, if you can catch your defender completely selling out to stop the reset, you can sometimes even get an open look back across to the breakside.

After this straight back reset, Stanford’s Elliott Chartock had an open breakside lane, but a call downfield prevented a big continuation throw.

So what if you do have to dump straight backwards? The Buzz Bullets have found a way to attack out of this position by having the previous thrower immediately cut to the break side for a short inside pass. ((Here’s a full explanation of the Buzz Bullets’ Cyclone offense, which relies on these throws.))

Ryan Farrell uses the same move to get the Bravo offense moving laterally after a dump straight backwards.

Sometimes the best move to get a reset off the sideline just isn’t going to come from you. If your defender keeps their balance and is able to shut down your move, just clear out of the backfield.

There is no shame in clearing, especially if you’ve found yourself in a position where you’re too close to a thrower to make a viable cut. Don’t be a hero; create space to let a teammate in a better position fill the backfield. It’ll make your coach happy.

While not every one of these options may work for your skill set or team system, play around, test out different moves, add your own color, and have fun with it. The key is to have multiple tricks up your sleeve so that you can adjust in the middle of a game based on the situation and your defenders.

How else can you reset a disc when it’s trapped? Comment below on what you’ve seen or used.

This is possibly the best “Tuesday Tips” I’ve read. Really solid all around.

(Even with the hover to play, my laptop struggled at the end with all the gifs. Could just be my crappy laptop though.)

While this is a good solid article - I noticed that out of the 23 GIFs posted, only 1 featured women - not even a single mixed game.
This may be reflecting the amount (and type) of games that are recorded, but that is an argument for another time.
I was especially disappointed as the cover photo featured women. I would have been absolutely ENTHRALLED with this article if there were more inspiring plays recorded featuring women, instead of only 4% of the GIFs on the page.

While that’s true and it’s definitely a shame, is that really relevant to this article?
The article is about how to reset off the sideline, irregardless of gender. It’s perfectly reasonable to assume the author used clips of plays he had fresh in mind, of games he had already saved to his computer, or perhaps simply clips which he though best showcased the technique he was explaining.
These techniques can be used by players of any gender, the gender of those in the example clips has no relevance imo, the technique is still the same.

I do have one complaint with the article though, I wish there was at least a mention of what to do against zone defences.