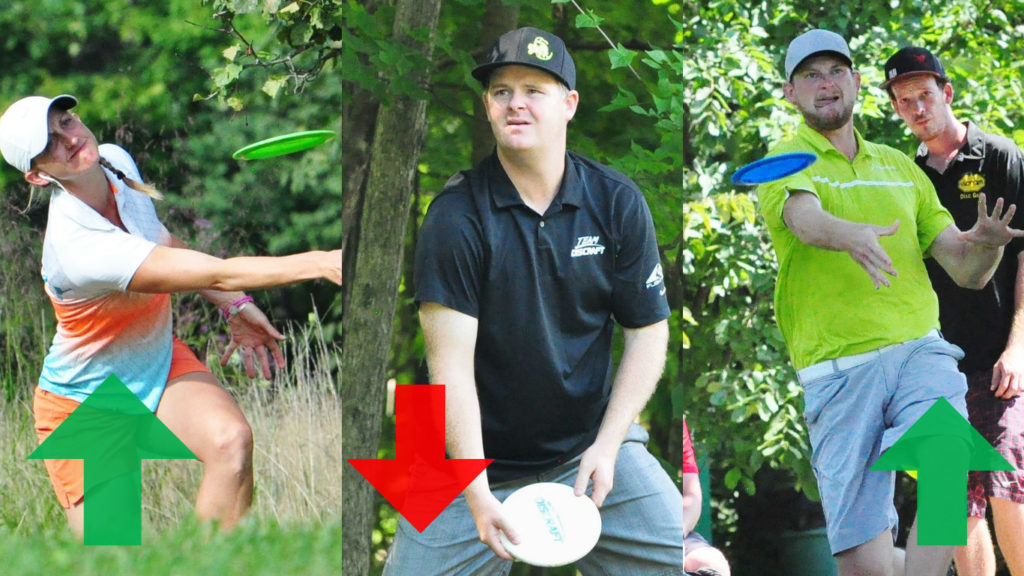 Power-Rankings-Post-BHMO-1024x576.jpg1024×576 156 KB
The Brent Hambrick Memorial Open brought an end to the PDGA National Tour season and some upheaval to the rankings. Photos: PDGA[/caption]

Last week’s Brent Hambrick Memorial Open further cemented the top two positions in our men’s rankings, but muddied up the rest of the board and left us with one overriding question:

What do we do with all of these players who aren’t playing?

It’s been a conundrum with this list throughout the season, but it truly reared its ugly head after Ohio, as two players in our Top 5 in the prior rankings did not play, and 11 on the total list skipped the tournament. Sure, a couple played smaller events, and we ranked those as appropriately as possible, but how to address players like Cale Leiviska and Alex Geisinger, who have shown well when they’ve played, but aren’t at all of the tournaments? The same issue was present on the women’s side, as those who didn’t play all took slides down the board.

For now, we did our best, and as time goes on we’ll figure out how to refine these nuances. In the meantime, sound off in the comments if you think we missed the mark. We’re good listeners.

On the Bubble: James Conrad, Will Schusterick, Drew Gibson