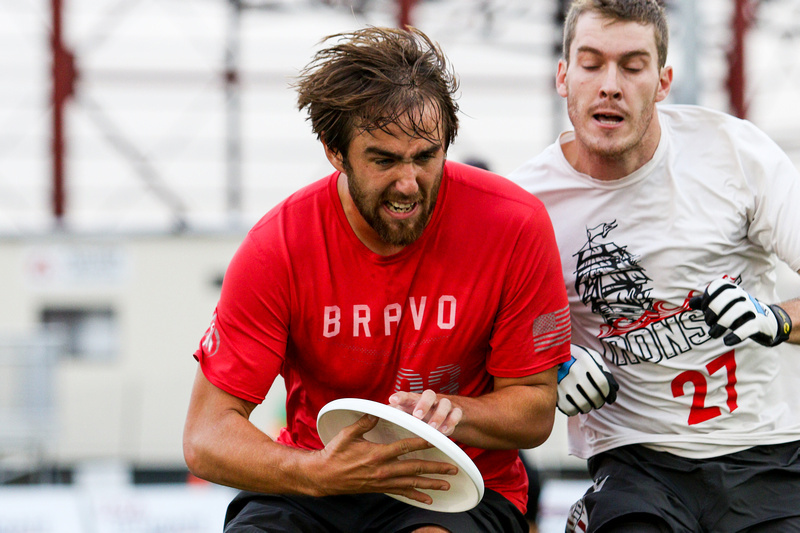 Ultiworld’s 2016 Club Awards are presented by BE Ultimate; all opinions are those of the authors. Please support the brands that make Ultiworld possible and shop at BE Ultimate!

While 2014 may have been the year of “the Mickle,” in 2016, Jimmy Mickle managed to top himself, elevating his game to staggering new heights. He may not have garnered the same haul for his trophy case, but, in terms of his on field performance, he’s never been better. This season, no one was better than Denver’s big number 23: Jimmy Mickle is the 2016 Men's Club Player of the Year.

Following two seasons of major talent loss at the top end of Johnny Bravo’s roster, 2016 easily could have been a rebuilding year for Denver. That is, if they didn’t have the best player alive on their roster. Mickle capped off a terrific season by carrying Bravo to the semifinals. It shouldn't diminish the accomplishments and growth of his teammates to say that it is simply inconceivable that Bravo could have gotten there without him.

He was the offense’s plan A, B, and C, and, despite all that pressure, he consistently rose to the occasion. Playing mostly in the handler set because of Bravo’s personnel, he took to his role with aplomb. Channeling his strong throws and stronger frame into mastering the intricacies of elite handler play, he would smoothly move around the backfield getting off breaks and creating easy resets before unleashing bombs to streaking receivers.

Of course, despite his growth as a handler, he is still in one of the most imposing figures on earth in the deep space. When he takes off from the handler set and starts trucking downfield, you can feel the buzz of excitement in the air. His mere presence as a cutter going deep is enough to make an entire stadium stop what they’re doing and pay attention.

Mickle may not have been able to carry his team to a title, but he went down shooting in the semifinals, with a five assist, one goal performance, capped off by a mind-bending inside flick break assist that kept Denver alive. It’s a throw that maybe five other players have the confidence, ability, and vision to pull off, and it came from a player who was also inarguably the biggest deep threat on the field.

In moments like that, or in his insane-even-as-it-was-happening 10 assist game against Machine in pool play, it almost seems like a mistake that so much talent ended up concentrated in a single player. And the scary thing is, he might just now be hitting his prime.

These moments in sports are rare, when a once in a generation player puts it all together and reaches the peak of their talent. It won’t last forever, so enjoy it while you can. 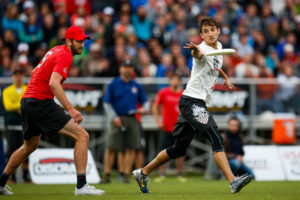 If not for the singular excellence of Mickle, this definitely could have been Kurt’s award. The sheer volume of points he played at Nationals, including a heroic 21 of the 27 points played in the Championship final, easily qualified him for contention. But, of course, it wasn’t just the quantity of his points: the quality was there in spades. Fitting seamlessly into Ironside's offense and commanding the disc on every defensive point he played, from day one Gibson was the best player on the team that would go on to win Nationals -- no easy feat on a team loaded with talent.

A few too many turnovers given the talent around him and a regular season that wasn’t quite as dynamic as his performance at Nationals is all that separates Gibson from the top honor this year, but make no mistake: Kurt’s 2016 title-winning season forever cements him as one of, if not the, greatest to ever play the game. 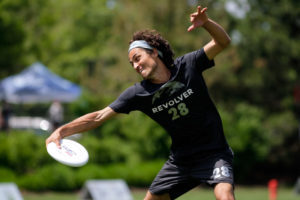 Nathan White is like a human swiss army knife, but if half of his tools were machetes and laser beams instead of the useless junk that they tack on to fill those things out. ((I’m looking at you, “nail nick”))

A perfect example of how a great program can elevate a talented player to a new level, White was good in college but his trajectory since joining Revolver has been off the charts. Getting every ounce of potential out of his gigantic 6’5” frame, White has turned himself from a big guy who could throw into a destroyer of hopes and dreams.

His mark alone is worth at least a turnover per game, and his combination of length and surprising quickness make him essentially matchup proof. Off a turn, White is a nightmare, as he can guard handlers and then abuse them with his size, or guard cutters and then put them through the spin cycle in the handler set. As Revolver faces a changing of the guard that will come sooner rather than later, their future looks bright in hands of a player like Nathan White.