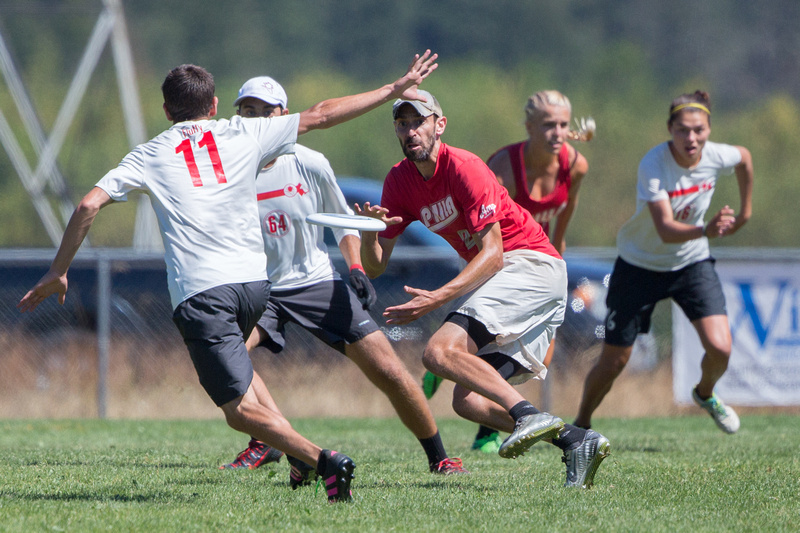 Here are Ultiworld’s seeding predictions (and associated pools) for the Mixed Division at the 2016 USA Ultimate National Championships:

Here is the basic reasoning for the seedings presented above, based heavily on the latest USA Ultimate rankings that include postseason performance so far:

5. Fort Collins shame. - Say what you want, but this team smashed everyone at Regionals. You have to lean on the algorithm here.

You really think that all three North Central teams are going to wind up in Pool C? Does USA Ultimate not care as much about putting regional teams together as they used to?

Pool A would be filled with three Mid-Atlantic teams.

HistoricallY, USAU does nothing to avoid regionals rematches. That said, it’s easy to imagine that they make a small tweak here or there to avoid having two pools with 3 teams from the same region.

With the two top predicted seeds having lost at regionals, what are the chances shame. jumps up and steals a number 1 seed?

Seems a whole lot more likely that they fall relative to their seed because of such a thin resume. Hard to buy shame. as a 1 seed.