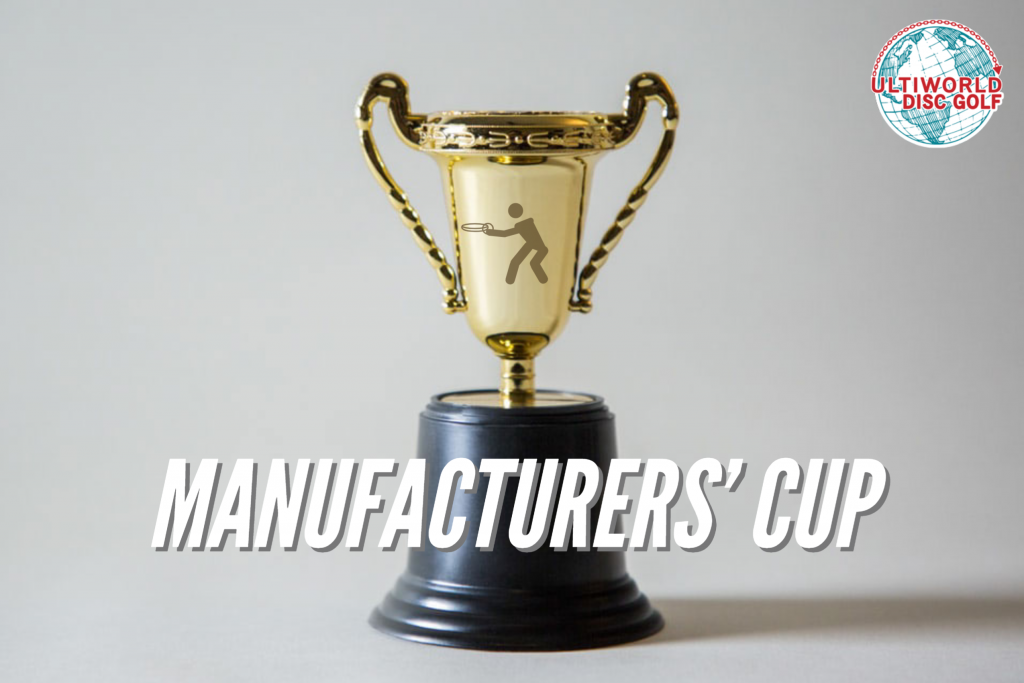 We introduced the Manufacturers’ Cup heading into the season as a way to measure “team success,” or to judge sponsored players grouped by disc manufacturers.

The Manufacturers’ Cup is an unbiased look at “team” performance during the season by assigning points to quality finishes at elite events. With the 2020 schedule and travel restrictions in place, we had to make a couple minor changes to the formula.

We are only judging Open and Open Women fields at PDGA Major and National Tour, and Disc Golf Pro Tour events. Adding in A-tiers and European tour results may give us a larger picture and more data of the overall sponsored player landscape, but we were focused on the deepest talent pools and marquee tournaments. National Tour events were removed for 2020, as were most majors, as they did not take place. Unfortunately, many European players were also unable to travel to the U.S. for tournaments due to restrictions because of Covid-19. To accommodate for that, we ran two Manufacturers’ Cup scenarios, with the second including four Prodigy Disc Pro Tour events. Because we’ve already narrowed down the fields at the elite events of the season, the quality issue has already been accounted for, so overall points decides the winner.

As far as awarding points to players to count toward the cup, we only counted top 10 finishes, and use a variation of the Formula 1 Constructors’ Championship points system: winner of event receives 25 points, the second-place finisher 18 points, with 15, 12, 10, 8, 6, 4, 2, and 1 points for positions 3 through 10.

Additionally, the highest round rating of the event gets 1 point added, and the hot round point can be awarded to more than one player, with each getting a full point.

And your winners are…

Earning this year’s efficiency prize, given to the sponsor with the highest points per player finish, are Westside Discs in Open, and Prodigy Disc in Open Women’s.

Here is what the 2020 season looked like using only U.S. events.

As promised, we also ran the Manufacturers’ Cup using several European events to accommodate for the large talent pools overseas that have generally been unable to travel to the States in 2020. We only used the four Prodigy Disc Pro Tour events, as it was the most consistent series of events with deep fields from the year.

While overall winners for Open and Open Women’s Manufacturers’ Cup titles did not change, the second place finishers in each division were largely effected, as Innova moved close to closing in on the overall win in Open Women’s, and Discmania moved up two spots from fourth in Open.

Here is what the 2020 season looked like including the Prodigy Disc Pro Tour: