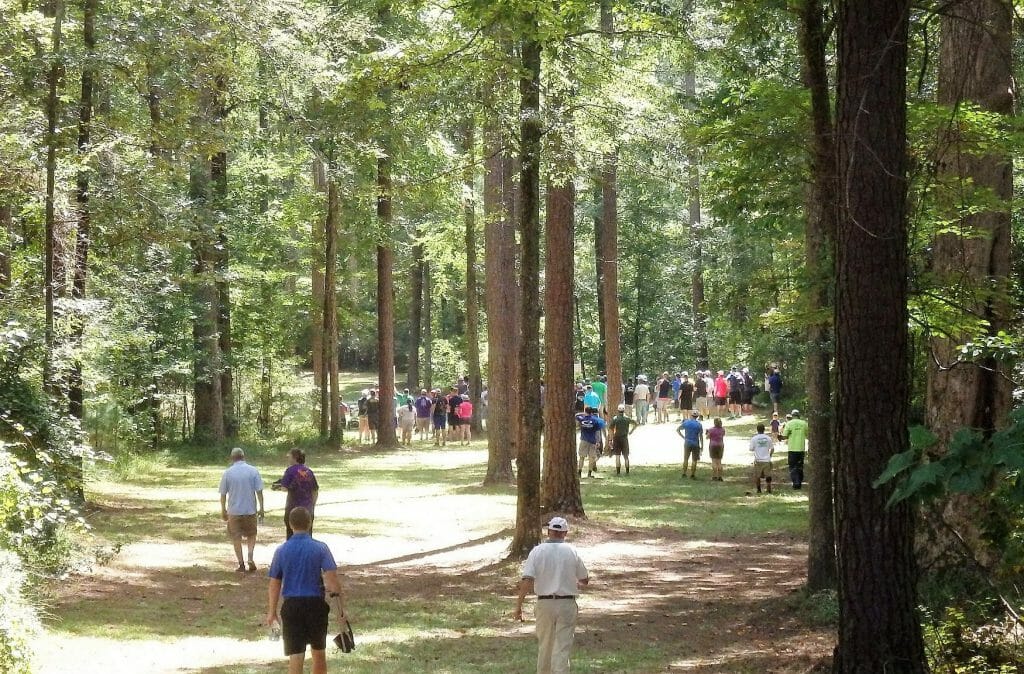 The PDGA has set a date and location for the newest professional Major, dubbed the Champions Cup.

The fourth Major will be held on April 13-17, 2022, on the WR Jackson course at the International Disc Golf Center, the home of the PDGA in Appling, Georgia, just outside of Augusta. Robert Leonard will serve as the tournament director.

The first four days of the Champions Cup will feature four rounds of traditional stroke play, but there’s a twist: the fifth and final day will send the top four stroke play finishers in both MPO and FPO into a seeded match play tournament held over two rounds. In the semifinals, the leader will play the 4th place finisher after stroke play and #2 will face off against #3. The winners of each match will play in the final.

“The Majors Committee considered just about every format we could dream up in an effort to make the event unique and compelling,” said PDGA Media Manager Matt Rothstein. “We settled on the ‘4+4’ format (four days of stroke play followed by four players in seeded match play) because it allowed ample opportunity for all competitors to play before a cut to the field was made, and because it retained the excitement of the non-traditional match play format while at the same time keeping the structure simple and easy to explain, compared to some of the more complex formats we had considered.”

Besides an unusual format, the timing of the event sets it apart from the other Majors, which typically take place in the summer and fall. Initially, there was consideration to make this fourth Major the National Tour finale or even a combined PDGA/DGPT Championship event. But the crowded calendar in the second half of the year was a deterrent.

“With so many of the sport’s biggest events taking place in the latter half of the season, we felt it would a great opportunity to kick-off the season in the spring when the event can have more oxygen to breathe and not compete with other big events,” said Nate Heinold, who led the charge to establish a fourth pro Major. The timing aligning closely with The Masters, golf’s premier Major, was not an accident.

Rothstein said that it is unlikely that the tour will change substantially from its typical path from Texas and the Midwest in March and April before heading out to California for the West Coast swing in May and June. That could mean a hefty drive for players, either from central Texas or Arkansas out to Georgia followed by a cross-country trip to California. Future iterations of the tournament will be bid out by the PDGA, but the short window for preparation for next year’s event led the organization to host it at their home venue, which has hosted multiple professional Majors in the past, including the 2017 World Championships.

Like all Majors, the Champions Cup will have multiple tiers of registration. The first tier may be direct invitations to winners of Elite Series events and Majors from the previous season, though that has yet to be finalized.