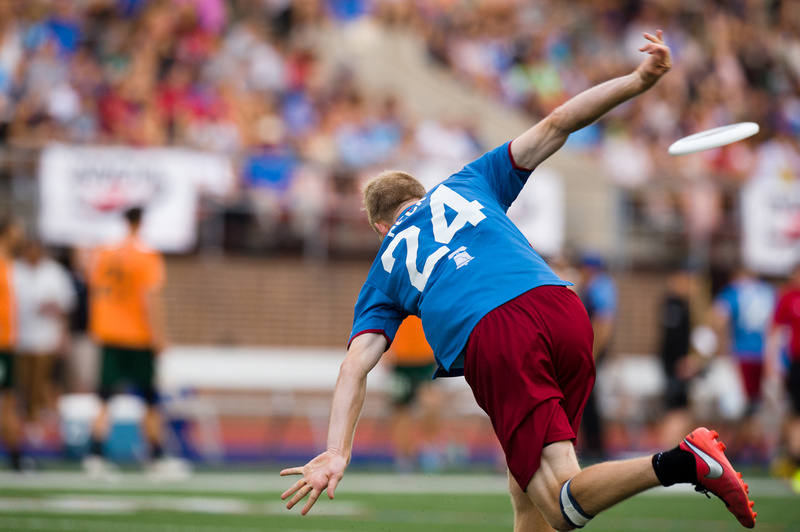 The Philadelphia semi-professional ultimate scene has lately been feeling like a throwback to 2012, the year former Major League Ultimate commissioner Jeff Snader took his Philly Spinners from the AUDL and founded the MLU. The Spinners and the AUDL’s replacement, the Philadelphia Phoenix, have been jockeying for player talent in recent week after an influx of money and a superstar signing have the Phoenix hunting for relevance in the city (and the AUDL’s Eastern Division).

But the talent war – once common to cities that featured both AUDL and MLU teams – has quieted over the past two seasons. Elite players–who largely opted to join the MLU back in 2013–have switched into the AUDL, enticed by more teams, better competition, and, in some cases, bigger contracts.

Philadelphia, the hometown of the MLU headquarters, has been the bulwark against the AUDL’s advance. The Spinners have remained the top team in town even as other cities bled talent. The Spinners won their first MLU title this year with much of the same core of players that won the inaugural 2012 AUDL Championship with the team. But perhaps it was bittersweet: this past season, their top rivals, the DC Current, weren’t close to the team they used to be. The Boston Whitecaps have also receded.

The Spinners are likely to enter the 2017 MLU season as the favorites to repeat…if they can keep the team together. The Phoenix have been actively recruiting Spinners’ players as they look to improve upon an awful, winless 2016 season in which they posted the league’s worst point differential (-168).

So far, the Phoenix have come up short on landing Philly’s top talent. This week, however, they announced the signing of Marques Brownlee, Scott Xu, Quinn Hunziker, and Sean Mott. All four played last year with the MLU’s New York Rumble, one of the league’s worst teams. Brownlee was a standout, earning Eastern Conference Defensive MVP honors at the end of the season.

“These guys are young guys,” said new Phoenix minority owner and Dallas Roughnecks owner Jim Gerencser. “All super excited to be coming over to the AUDL. They’ve all played with our new coach, Eileen Murray, and I think that was a big part of them coming over.”

The Spinners have been hard at work to avoid any attrition from their team. A day after the news broke that the Phoenix were signing Team USA player Nicky Spiva, the Spinners announced a new head coaching hire: Charlie Hoppes. He has been instrumental in redeveloping Philadelphia’s men’s ultimate scene, leading local club team Patrol back to the National Championships in two consecutive seasons. He has coached many of the players on the Spinners’ roster.

“The Spinners are one of the iconic franchises here in the early years of professional ultimate,” Hoppes told Ultiworld. “You can’t tell the story of the sport’s journey into the semi-pro realm without talking about this team. I’ve really loved coaching Patrol the last three years, and I’ve enjoyed my time as an assistant in both the AUDL and MLU. I’m thrilled to be able to continue working to better ultimate in the city of Philadelphia through this new role on a team I’ve always admired and loved.”

The team made a flurry of signings last month, including David Brandolph and Nick Hirranet, two players coveted by the Phoenix, and now has 14 players under contract for next season.

But elsewhere? The stove hasn’t been so hot. There has been no chatter about major realignments of talent back into the MLU in any of the dually-represented cities.

For now, the Spinners look like they will hold strong for another season. But can the MLU do the same?

Certainly won’t ask anyone to rehash this for me here, but can someone point me to a previous article that explains why there are two leagues? I’m assuming this is the classic “irreconcilable differences” situation, because there doesn’t seem to be any other reason.

Basically, AUDL season 1 was won by Jeff Snader’s Philly team. Upset with how things were run, he took his team out of the league and created the MLU. The big difference between the two leagues is how centralized they’re structured.