Who are the best players in the Metro East region? This is an open thread to discuss All-Region nominations, All-Freshman nominations, coaching awards, and more. Stay positive and keep it civil.

A name that should be considered for All Freshman and All Region is Althea Tierney. She’s become a leader of the team in just a few months. One of the best handlers I saw out there all weekend long, stretching the field with decisive deep throws and breaking zones with others. She’s also unstoppable on defense.

One person that deserves to be considered for All Region is Abby MacDonald. She can do everything on the field whether it’s completing deep throws, shredding zones, stepping into the cutting space and getting the job done, organizing the team on the field, or keeping the spirit up, Abby excels at it. This weekend alone, I saw Abby get a layout D and then throw for the score in two separate games. She is consistently a top performer on her team.

Dropping by to mention a few players from Ithaca College’s Kweezy that deserve Metro East recognition:

Grace Wang #6 – a handler for Kweezy, Grace stepped into the role as a rookie and demonstrated extreme patience and experience. The U20 player has carved up defenses with her elite throws, especially considering the conditions that Metro East teams face. Also was a huge defensive presence, filling in as a deep-deep in Kweezy’s zone stopping countless hucks and over-the-top throws.

Joe Mukamal #25 – a hander for Kweezy, like Grace, as a rookie, Joe stepped into a position of need for the team and filled that role phenomenally. With huge hucks and an inspiring ability to break through opponent’s defenses with creative throws, Mukamal very clearly showed top-of-the-region handling abilities this season. Look for even larger contributions next year.

Emily Mildner #18 – a cutter for Kweezy, Mildner was easily the most lethal deep threat in the region this year. With an explosive first step and blazing top speed, very few defenders in the Metro East could stop Mildner, only hope to contain her. Mildner, likely the most influential offensive player on the team, provided numerous opportunities for the rest of the offense by opening up the defense both horizontally and vertically.

Kweezy made regionals for the first time in about 10 years (I think?), placing second at conferences. Despite the team’s lack of experience at the high-stakes regionals tournament with 2 bids to DIII Nationals, IC came very close, making semifinals, only to fall short of their lofty Nationals aspirations, albeit by playing a very close game against the eventual regional champions, Skidmore. With these 3 players returning next year, expect Kweezy to make regionals again, and push their sights even higher than this year’s regionals finish.

Big congrats to Skidmore & SUNY Geneseo for making it to Nationals this year! As a Geneseo alum I wanted to highlight 2 players I saw play in Albany.

Katey Church #9 (Geneseo)- Katey is the most solid handler on Escargot; her uplines and resets are key for maintaining fluidity in the game. Not to mention she has a massive back hand huck that is great for gaining yards downfield in a pinch. As a senior captain, her sideline presence was uplifting and very positive, which was so fun to see in very intense games.
Kate Flynn #17 (Geneseo) - the fact that 2022 is Kate’s first full spring season as a player on Escargot is unbelievable. The athleticism and hustle of this player is next level. Kate’s speed is a force to be reckoned with on both offense and defense, and she will always put her body on the line for her team.

These 2 players have undeniable chemistry on the field; the deep connection from Katey to Kate is one of Escargot’s most reliable plays that no team can seem to beat. They will definitely be missed next year as two of the seniors on the team. Loved watching them play, and I’m wishing them the best of luck in Nattie’s this year (first time in Escargot history)!!

Hey everyone!
Rochester EZs captain here. I just wanted to highlight a few members from my team who have been instrumental in our team’s success and recognize some players from the other teams we’ve played throughout the spring season! 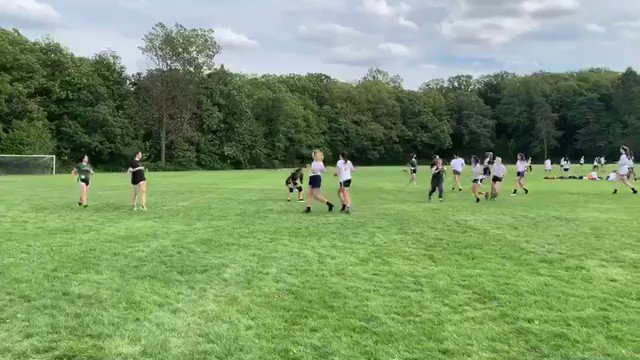 A player that should be considered for All-Freshman is Wesleyan’s Natalie Sweet (#11). She is a great handler with impressive deep throws and movement that can break any zone. Not afraid to take risks or make big plays, Natalie is an irreplaceable asset to Vicious Circles.