Who are the best players in the North Central region? This is an open thread to discuss All-Region nominations, All-Freshman nominations, coaching awards, and more. Stay positive and keep it civil.

In his inaugural year of coaching at the University of Minnesota, Kevin Bruns has delivered a master class in coaching, line calling, and clock management this past weekend at the North Central D1 Men’s College Regionals. Seeing his team as people first, and players second, Kevin has provided an unparalleled opportunity for his collegiate athletes to grow and flourish as both players and people. Kevin provides a gentle guiding hand in all things to truly let Minnesota shine; from providing an abundance of reps for all players on the roster during the regular season, to enabling his players to exemplify what a player-led team should look like, Kevin Bruns has built himself a textbook deep team that can withstand not only blows sustained from fatigue and tournament-induced injuries, but also annual roster turnover that can cripple even the mightiest of programs. Every move is calculated when it comes to Kevin Bruns. He respects his players. His players respect him. He gives his best to his players. His players win him a regional championship.

While it does makes sense for North Central regionals to be held in Minneapolis, Madison, or Ames (the respective cities for our region’s perennial top contenders), I cannot - in good faith - bear to stand by and see the city of Madison go unpunished for their disaster of a tournament. This past weekend was the most disgusting ultimate tournament I think I’ve ever seen. The North Central region used to be exalted, respected, revered. Now it’s being hosted on fields that are far too short, with overflowing port-a-potties that are harder to find than “Where’s Waldo?”, all capped off with the cherry on top: no observers. I mean, we can’t be surprised that the home team Hodags wouldn’t want to not have observers at regionals. But it’s a little bit much when you only have enough time to play to 9 points in the championship game before you get booted off the field by the UW intramural softball league. Whoever signed off on this clown circus needs to be on trial.

Tournament MVP was CurryMonster123.ttv - the up and coming IRL streamer who captivated the hearts and minds of upwards of 50 spectators as he pounded shot after shot, providing flawless commentary. All free of charge. Take note, Ultiworld. 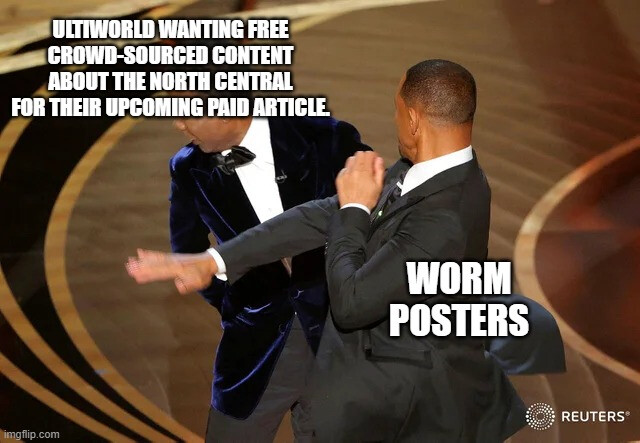 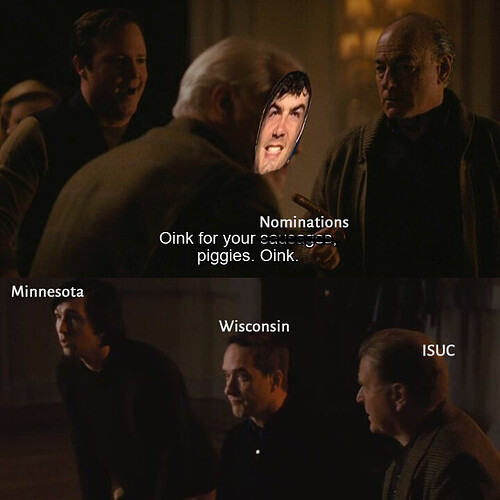 Just to be clear, even North Central club regionals had observer shortages. Until more people are willing to get trained and commit time as observers, it’s not going to get any better.

I will note that in this specific situation, the main problem is that there was no formal call for observers sent out until about two weeks before the tournament took place. North Central could absolutely use more observers, but it is tough to get even the most-active observers to work a tournament when we aren’t sure whether the tournament even wants observes until 90% of us aren’t free anymore. It’s just poor TD’ing and poor organization.

But yeah you’re still right, NC observers are dropping like flies. Barely anyone out here wants to work games anymore and it hurts the region.

Sounds like Carleton alumni might want to consider coming back as North Central observers instead of coaching staff?

Let’s be real here: we are all voting for Jesus Christ on earth, Lord Michael Wormley himself, for Callaha- excuse me - Wormallahan this year right? #OrRookieOfTheYear

As a player, here are my thoughts on this after playing at regionals. I’m not gonna say much about CUT bc I don’t wanna come off as super biased or rank the players on my team.

The obvious ones are:

Under the radar players:

Rookies:
I know I said I wouldn’t talk about CUT but…
Cullen Baker, Daniel Chen, and Leo Xiao are some of the best rookies in the college division.

Other rookies:
Cole Jurek, how old is he anyway?
lol

As much as I love the attention, #14 for our team is actually Cole Davis @hansonn2
Also he’s much more handsome than I am.

Noah didn’t say it but these are the guys who kept our team (CUT) rolling and led us to wins against Cal Poly, Northeastern, Georgia, Minnesota and more.

Additionally, Cullen Baker boasted the best stats on our team all year long after taking over as our main O line handler as a freshmen. 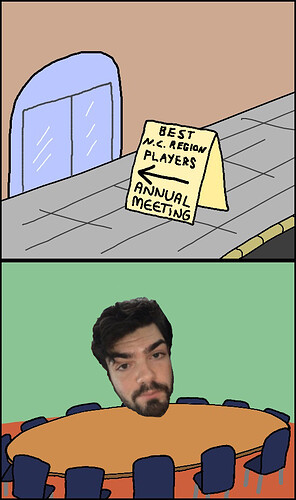 Coming from a player on Minnesota, heres my top 7 from this weekend (of the teams we played) 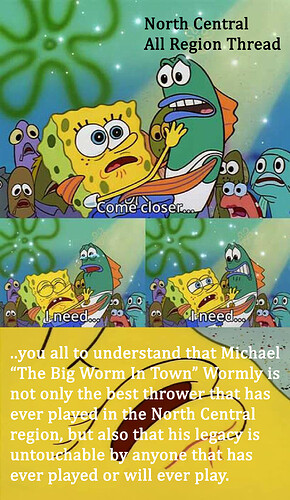 After 4 years in the DIII division, I am finally able to post Worm content, but I won’t.

Of the teams I played this weekend I thought the following:
Eau Claire - Michael and/or Joe Brandt were pretty good. Always a joy to play this team.
CUT - Mickey (2), Noah (5), Edwin (6), Chris (0) were all great. Most importantly it was actually a blast getting trounced by them. Never have I had more fun losing 5-13. Their coach is also a great dude and since I had no interaction with Grey Duck I can’t compare the two, but when you get to laugh off getting beat to the cone with the other teams coach because he agrees that it was lucky that’s pretty cool I guess. Not a big fan of “spirit” but this team had the best version of it I’ve seen… at least in our game.
LaCrosse - Jack (29) and 7 were great fun to play against. I don’t really remember a lot of the end of the game (I swear I’m not concussed) so who knows really.
ISUC - Matt (33) was annoying and wouldn’t let me just Huck it every time I got the disc so good on him I guess. Played really well considering in typical ISUC fashion at least one person got injured and couldn’t play after qualifying for a tournament.

Of the teams I didn’t play this weekend but watched:
Radicals College - Henry, Nico, Noah, and Ted are all great players well deserving of recognition
Duck Duck Goose - Beef (duh), Sebastian, and Ian were fun to watch and also deserve some recognition
IHUC (played at sectionals) - Cole and Nolan are both solid cutters that can be difficult to handle at times

Mini shout out to my team Nebraska, one hold away from the outright best finish in program history… oof will I loose sleep over that for years
I could talk about a lot of this team but I will limit myself to 3
14 Michael Kovash - absolute shut down defender that doesn’t get recognized because no one throws it near him
25 Noah Johnson - on top of being my pick for all region cutest team he is a great thrower that likes to put the disc where only his receiver can get it just about anywhere on the field
51 Dominic Vavala - another stopper (but this time a lefty) he can also comfortably fit any position on offense after he gets a sick layout d