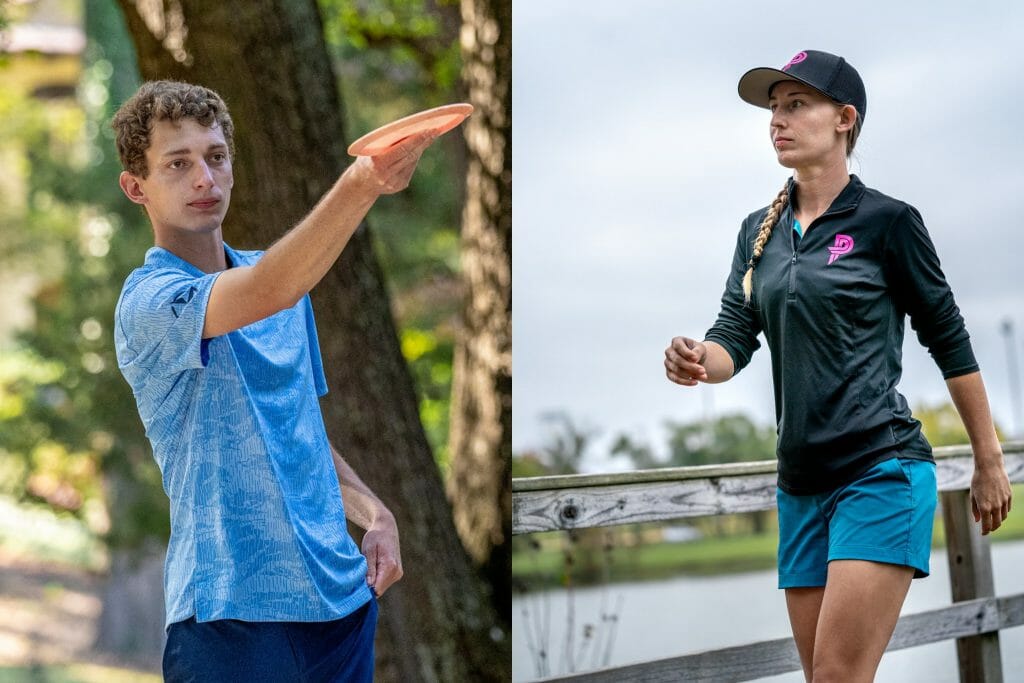 Each winter, the Professional Disc Golf Association updates its player World Rankings, which combine a variety of factors like rating and World Championships performance into a single ranking of the top disc golfers on the planet.

But in 2020 — a year with no World Championships, no international players at the year’s only Majors, and a big chunk of the season canceled due to COVID-19 — the usual PDGA World Rankings aren’t being released — and, if they were, they wouldn’t really make sense.

Ultiworld Disc Golf continued to produce Power Rankings throughout the 2020 season, but Power Rankings — by design — emphasize the most recent results, rely on subjective input, and don’t attempt to capture the totality of a season.

But what’s a year in sports — even a strange pandemic year — without objective performance rankings at the end of the season? We’ve put together 2020 World Rankings that attempt to capture the story of the season from start to finish. They’re not perfect — no system could be in a year where many of the top FPO players didn’t compete head-to-head because they were stuck on their respective continents — but they offer a way for us to objectively evaluate which players had the best year in disc golf.

This world ranking system we used is quite straightforward, a simplified version of our Power Rankings algorithm. First, scores from all Elite Series, Majors, and big European events in 2020 were standardized, or converted to the same scale with a mean of 0 and standard deviation of 1. Standardization is necessary because courses have different pars, so a good or bad score is a very different number at each event. Then, the sign of each standardized score was reversed, so players that shot better (i.e. lower) at an event had a higher score. Finally, the standardized scores for each player at each event were summed and players were ranked based on those summed scores. A higher sum means a better rank.

We also included the DGPT Tour Championship in our ranking. However, this required a bit more mathematical manipulation because it is not a normal stroke play event. The scores for players in the final round were used as is, but those who were eliminated in earlier rounds were given scores relative to the number of strokes by which they missed the subsequent round. So those who shot better in earlier rounds (but didn’t make the next round) were still rewarded for playing well. These scores were standardized and included in the summed scores as described in the first paragraph.

Unlike the PDGA World Rankings and our typical Power Rankings, there is no time decay in the 2020 UWDG World Rankings. Strong performances back in February are worth as much as strong performances in October. In a normal year, this might not be optimal, but in a disrupted pandemic year, we wanted to capture what happened over the totality of the season without trying to overemphasize what happened towards the end of the year. It was also highly punitive to European players to include a time decay, since their top competitive events concluded in the summer.

You’ll still perhaps question why some of the top European players are lower in the rankings: after all, Eveliina Salonen finished 4th at The Memorial and 1st at WACO prior to the coronavirus shutdown and is the third highest rated player in the world. That’s simply a factor of their limited play this season. Although top European events were included in our calculations, there were fewer of them, and of course the Europeans weren’t at the Women’s National Championship or the DGPT Championship. Without artificially putting a thumb on the scale, there is no way to truly solve this problem. Sure, you could look at pure player ratings, but that tells you a lot less about what actually happened in 2020 at the top events and more about a player’s overall skill level. It’s safe to say that a full US tour from the European players would likely have pushed their rankings higher.1

The beauty of the rankings above is in their simplicity: they look at how players performed at highly competitive 2020 tournaments and rank them accordingly. Stronger finishes — and more of them — yield a higher ranking. Round ratings at C-tiers do not matter. There is no bonus for performing better at a major.2 Other ranking systems, like the PDGA’s World Rankings, would offer slightly different results, of course, and you could argue about the benefits of changes to our procedure. We felt this was the best balance of including players outside North America and capturing the story of the season.