Are Four Rounds Better Than Three? It's Time for a Cut Line 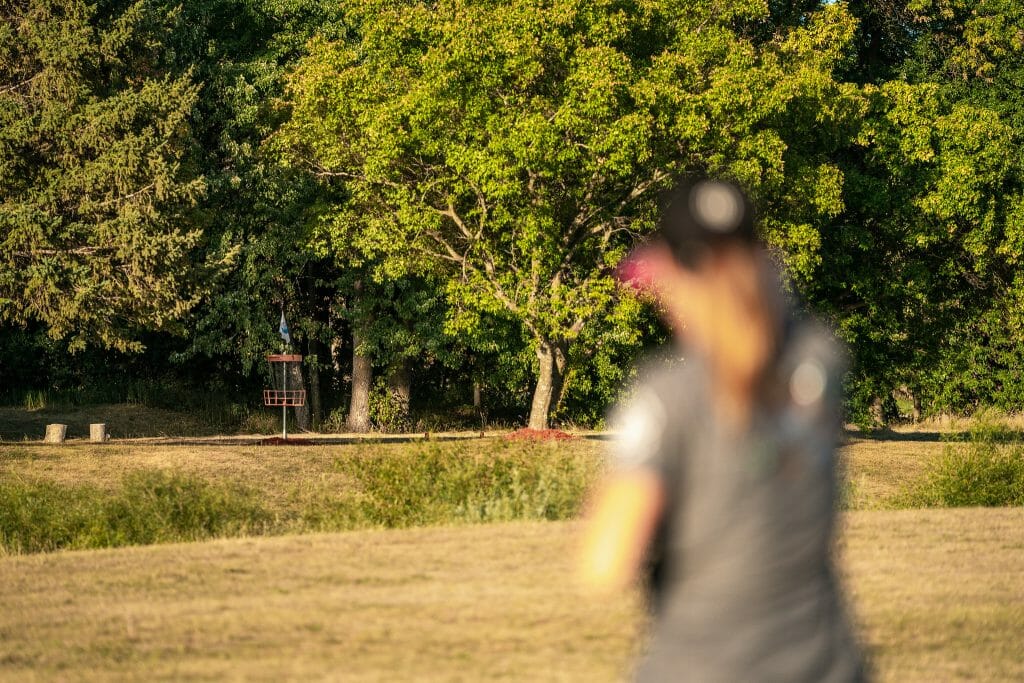 As I watched the 2021 Disc Golf Pro Tour (DGPT) season kick-off in Las Vegas back in February, my own competitive fire for the spring tournament season here in the northeast was getting stoked. My intellectual side was also wondering if the Las Vegas Challenge was setting a new precedent for tournament formats.

While playing three different courses over the first three days seemed unwieldy and unsustainable, watching the best players in the world throw discs for four consecutive days was fantastic. It was clear by the final Sunday that none but the very best players had come into the season physically prepared for the demand of 72 holes of disc golf. But more than that, I was struck by the familiarity it had with a traditional ball golf tournament: namely, four rounds with a cut.

While watching the Disc Golf Network (DGN) coverage during the fourth round, I was texting with several friends on the appeal of the four round tournament model, and it triggered a memory of listening to an interview on The Upshot with one of the sport’s newer and more out-spoken players, Brodie Smith. During the long and winding conversation with Charlie Eisenhood last fall, Smith wondered aloud why more tournaments don’t have cuts after two days and how long until that would be reality. My reaction then and now is that the number one reason why is directly tied to money, including both player entry fees and corporate sponsorship.

Without the regional professionals paying to compete with the elite touring professionals, the prize pool just wouldn’t be sufficient to make it a worthwhile endeavor to stay on tour (even with the guaranteed money that more players are getting). So how do you keep those players who have little to no chance of finishing in a position that will make them any money (let alone significant money) invested in signing up and competing at the DGPT events? The answer, since the inception of the National Tour (NT) in 2003, has been the Professional Disc Golf Association’s (PDGA) ratings system. The opportunity to compete on the same course at the same time with the best players, play well enough to get those 1000+ ratings, and get a manufacturer sponsorship (and maybe one day an actual contract) is based on a similar historical precedent set by the Professional Golf Association (PGA).

The lowest rated player who cashed at the LVC was Parker Welck (No. 39491), who at 974 was the 14th lowest rated player pre-registered for the event. Welck subsequently finished in 52nd place out of 134 total players, ahead of several well-known touring stalwarts rated nearly 50 points higher, all the while averaging 1006 golf over the weekend. During the second round, Welck carded a scorching hot 1050-rated 52, the same score as two-time world champion Ricky Wysocki. He earned $400 for his four days on the course and has used this performance as a jumping off point for the 2021 season.

He’s competed in 12 events since February, with a victory at the WCDG’s 2021 Spring II Series at Huntington Beach (over five players rated higher), as well as six other tournament cashes and thirteen rounds rated over 1000. His performance at the LVC clearly galvanized him to make a significant push forward in his tournament performances, one that might not have occurred without the opportunity to compete at the LVC.

PGA Tour events utilize a cut after two rounds (sometimes three) for a multitude of reasons, but primarily to reduce the size of the playing field to ensure that the tournament leaders tee off during the afternoon “prime time” from 2pm to 6pm when we’re sitting at home watching them. More eyes on the screen means the network charges more for advertising, for which car manufacturers, breweries, and big box stores are willing to pay. Why do PGA Tour players who miss the cut line put up with it? Because simply being on the PGA Tour provides access to numerous other sources of income, including equipment and apparel sponsorship contracts, paid appearances at corporate events, and made for television events.

This model is not all that dissimilar from the disc golf sponsorship model available to your local 950- to 1000-rated professional player vs. the 1025+ rated players who travel on tour. Play well, get recognized, keep playing well, get rewarded … play amazing and you’re not struggling on the road week to week.

So what did the LVC do right that almost every other Elite Series, Silver Series, National Tour, and Major typically does not? The LVC balanced the needs of the regional professionals with a guarantee of playing three PDGA rated rounds (giving them their entry fee value for the opportunity to maximize their performance) with the needs of the DGPT and touring professionals to reduce the playing field to focus their viewership on the very best players.

For the first time since LVC, a DGPT Elite Series event was contested for four rounds this past weekend at the Ledgestone Insurance Open. The mixed pro open division (MPO) had 167 players compete, with more than half rated at 1000 or better. The lowest rated player to cash was Kennan Johnson (PDGA No. 77936) who came into the event at 976. Johnson finished in 43rd place, good for $655, and averaged 1020 golf over the first three rounds. Only two other competitors below a 990 rating cashed, both of whom finished worse than him. Regardless of the cancellation of the fourth round due to weather, the need for a cut was clear.

By the way, this discussion does not even factor in the size of the MPO field relative to the demands of the course nor giving the tournament directors leeway with regards to scheduling. Interestingly, exactly 72 players made the cash line for the MPO division. For anyone who’s ever competed in or run a tournament, this is a “magic” number. Seventy-two players equals 18 foursomes. If you then have tee times of 12 to 15 minutes, you’re putting out four or five groups every hour, and will have every group on the course within five hours.

The big question: does a $250 entry fee really entitle every single player to four rounds? If the long-term goal of the DGPT is to create drama and a sense of urgency on each and every throw, while still offering a platform for new players to compete and succeed, then the way forward is clear. Each and every tournament should be three rounds followed by a cut down to the top 72 prior to the start of the fourth round. It’s a win for the players at all levels, it’s a win for the DGPT (more air time equals more advertising revenue), and it’s a win for those of us enjoying the action from home.

To quote the inimitable Steve Dodge: “Make the cut. Get paid.”