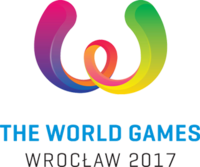 USA Ultimate has announced the coaching staff that will lead the US team competing in next summer’s 2017 World Games in Wroclaw, Poland. Alex Ghesquiere and Matty Tsang will reprise their roles from the 2013 World Games, as head coach and assistant respectively.

Ghesquiere currently serves as the head coach for Washington DC Scandal and previously coached both Revolver and Zeitgeist in San Francisco. This will be his fourth stint as a National team coach; in addition to the 2013 World Games, he also led the US Men’s teams at the 2012 and 2016 World Ultimate and Guts Championships.

For Tsang, this will be his fifth involvement with a National team; on top of his previous World Games experience, he was the head coach of the US Women’s team at the past three WUGC events. He also led San Francisco Fury to an international title at the 2010 World Ultimate Club Championships amidst his long-time role in charge of the powerhouse Bay Area program.

Ghesquiere and Tsang were selected by USAU’s Coaching Committee from a pool of seven applicants. The tryout and selection process for athletes on the World Games team is still being considered.