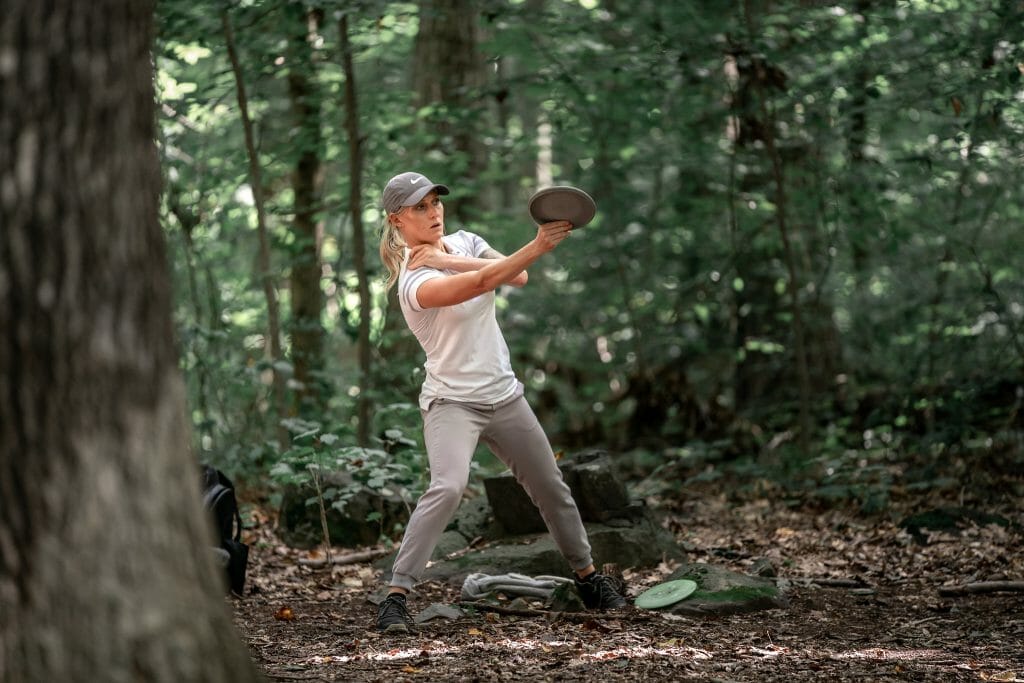 As has been the trend during these dog days of summer, weather delays again hampered the Open Women’s division at an Elite Series event. The opening round at the Delaware Disc Golf Challenge was finished before dark, though, and familiar names are at the top of the leaderboard.

Allen had a two-stroke lead after the first round in a wire-to-wire win at the DDGC in 2019. She also went wire-to-wire in winning the 2015 DDGC A-tier.