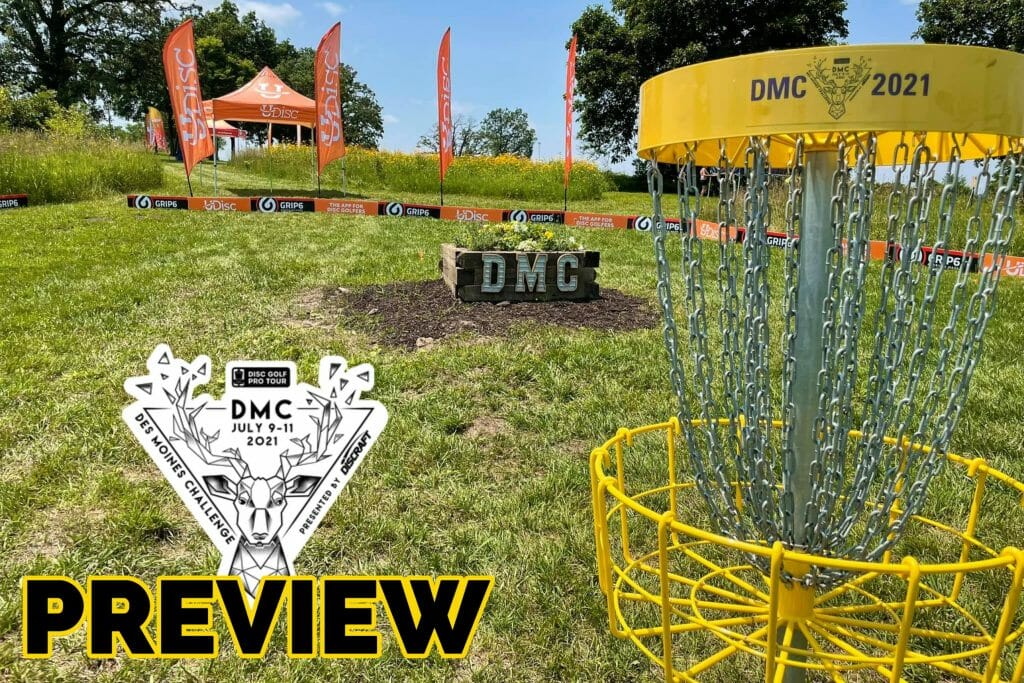 This weekend was originally going to be the Disc Golf Pro Tour’s inaugural trip abroad, and while a trip to Norway was put on hold the Des Moines Challenge stepped in to provide an Elite Series event as a stateside replacement.

“We had several discussions and plans with [TD Ty Tannatt] and the team at Des Moines, but due to the date conflict, we felt it was best to wait until 2022 to bring the tour to Des Moines,” said Jeff Spring, DGPT Tour Director, at the time of the announcement. “While we are sad not to fulfill our Norwegian plans, we are grateful to have fantastic and flexible partners like Ty, the PDGA, and a group of touring professionals that believe in the Tour in order to keep a DGPT Elite Series event on the schedule.”

The DMC has been played in the Des Moines area for years now, and the Iowa A-tier was a popular ‘tweener event for many pros crossing the country. James Conrad won the 2017 edition of the event, as did Catrina Allen in 2018. Otherwise it’s generally a “who’s who” of midwestern talent.

This will be the first version of the DMC where only Pickard Park will be used, but that should suit Ben Callaway just fine. The Iowa “local” — Davenport is two and a half hours away — won the 2019 DMC and shot the hot round at Pickard on the way to victory. Same for Solon, Iowa’s Sarah Gilpin, who won FPO in 2019 and was four strokes clear of the field at Pickard.

GRIP6 Pick6 Locks Of The Week

Even after calling our FPO podium above, Holly Finley can still put some pressure on the top three. She has a win and a second place finish at DMC, and you know the best part of her game is in the woods. Don’t be scared off with the distance requirements on a couple holes, Finley should do just fine.

A sleeper in a past champion on the MPO side could be Zackeriath Johnson, who has two other DMC top fives in addition to the 2016 title. Johnson has made some top cards at Elite Series events recently and played his highest-rated round at the 2019 DMC at Pickard. Emerson Keith looks to have also found his groove. Take away the 57th place showing at Portland and Keith is 15th or better in his last four tournaments, including a win at the Utah Open.

Juliana Korver had a hand in designing Pickard Park, and will be playing the event in 2021.

Pickard is known for long technical holes with plenty of trees, and uses elevation and water to its design advantage. Both divisions will play two par 5s, holes 10 and 18, and a handful of wooded par 4s.

How To Watch The 2021 Des Moines Challenge