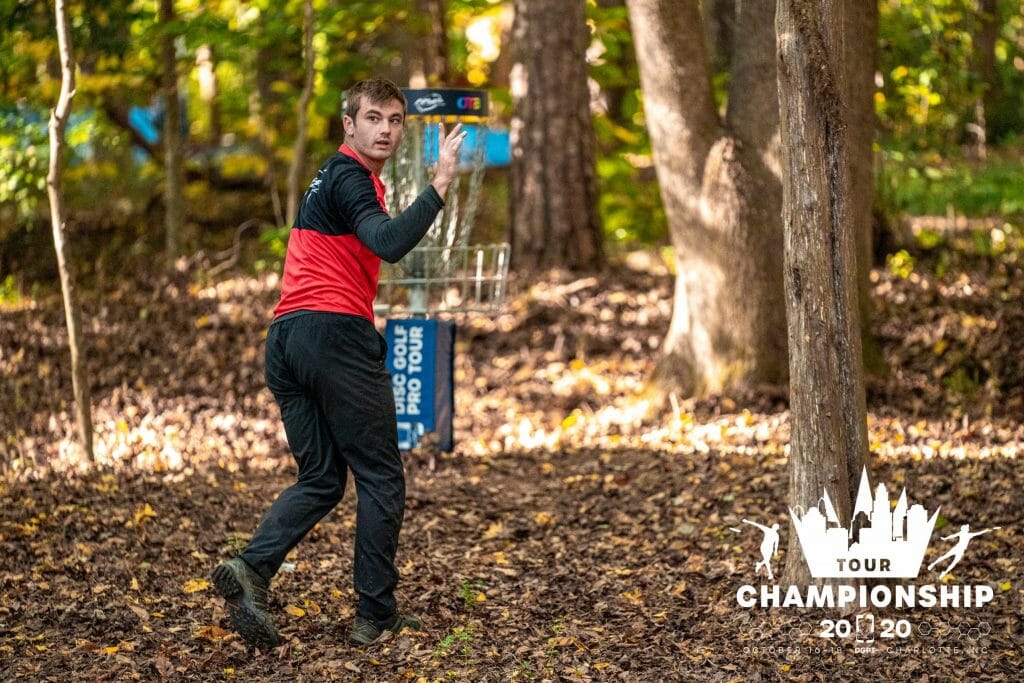 It was a two-horse race early at the Disc Golf Pro Tour Championship as Hornets Nest couldn’t stifle the hot rounds of a couple players, including a former champion.

“This is it for me. This is a dream. This is proving to myself that I’m here to stay and will continue doing this as my career for a long time. It’s awesome.” – Kevin Jones