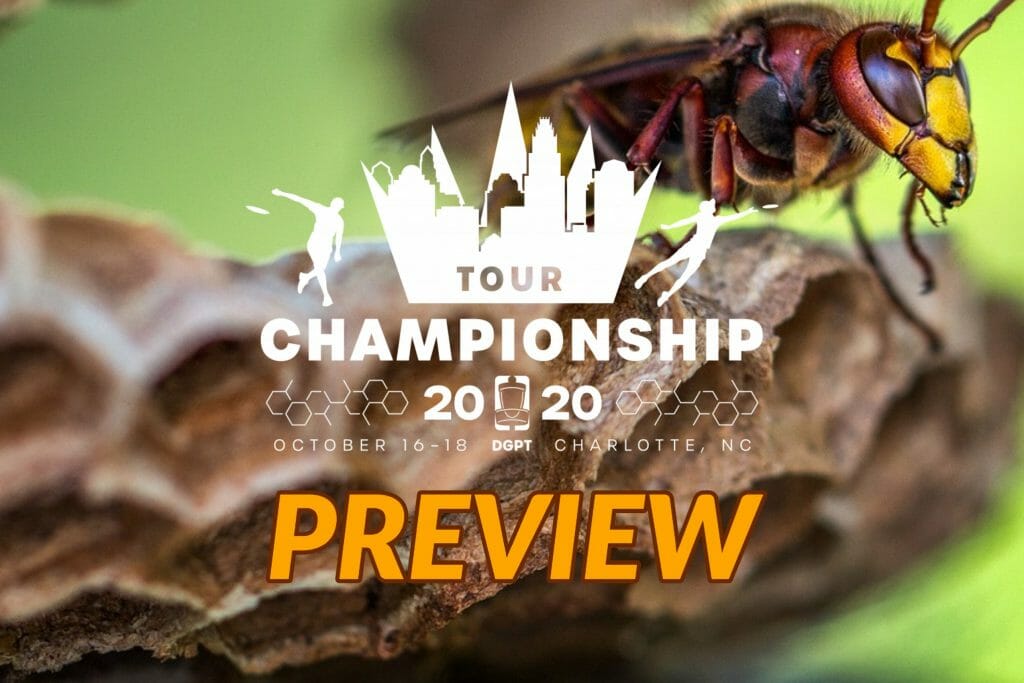 The Disc Golf Pro Tour is making the Championship event an even bigger destination for 2020.

Choose which headline is bigger: the finals being shown in a two hour special on ESPN2, or the monster, equal payouts for the Open and Open Women champions.

DGPT Championship to Air on ESPN2

As the score resets each round with the knockout format, it’s truly anyone’s game at the Championship. And while having a higher seed guarantees a bye, thus a higher payout, it hasn’t always meant success. We’re looking directly at newly-crowned US Champion Chris Dickerson, who came off the opening round each of the last two years to win the Championship, once in Florida and once in North Carolina.

Neither of the first two DGPT Championship winners, Paul McBeth and Ricky Wysocki, played at the event last year as both were dealing with health issues. The two will be in Charlotte in 2020 with byes to the semifinals. Philo Brathwaite did not play the USDGC last week, instead doing live commentary of the tournament, but will be in the field and looking to defend his hot round 10-under par on Hornets Nest from 2019.

The Open Women’s brackets have traditionally gone chalk, as Paige Pierce, Catrina Allen, and Sarah Hokom have traded years as winners. It was down to Pierce and Allen last week in Rock Hill, but Hokom is coming off the hot round to finish the event. Kona Panis, Holly Finley, and Rebecca Cox are among the players who skipped the Jonesboro Open and played the Carolina Clash on Hornets Nest, so have a bit of extra practice at the track. Finley won the Clash and also posted the lowest score of the opening round at last year’s Championship.

As we touched on earlier, the Championship takes on a format we only see once a season. Players are seeded based on tour points standings, with the top 16 Open and top four Open Women players receiving byes to various rounds. The lowest four scores advance each round regardless of the card, and tiebreakers are decided by overall seed.

Hornets Nest has a long tradition in Charlotte, and has seen some more modifications since 2019, getting a bit longer and harder.

John Houck, Jeremy Koling, Madison Walker, and Steve Brinster all had input on the current course layout, with the Charlotte Disc Golf Club helping to institute many of the changes.

The front nine lets the players air out the disc a couple of times, and includes an island on hole 2. The back nine, with the exception of the long hole 12, is much more wooded, like the NC golf you’ve heard tell of. Who are we kidding, there are trees everywhere.

ESPN2! But that’s a month away.

The Disc Golf Network will be livestreaming every round all four days. JomezPro and Gatekeeper Media will be churning out post-produced coverage of the Open cards, and GK Pro is doing the same with Open Women. UDisc Live has live scoring, including helpful markers on the page to indicate who is on pace to qualify for the next round each day.

Tour Championship starts tomorrow 👀 Swipe 👉 to see how to watch all the action. Which feature card are you most hyped for? To watch all the cards LIVE head to discgolfnetwork.com [LINK IN BIO] or download the DGN app!