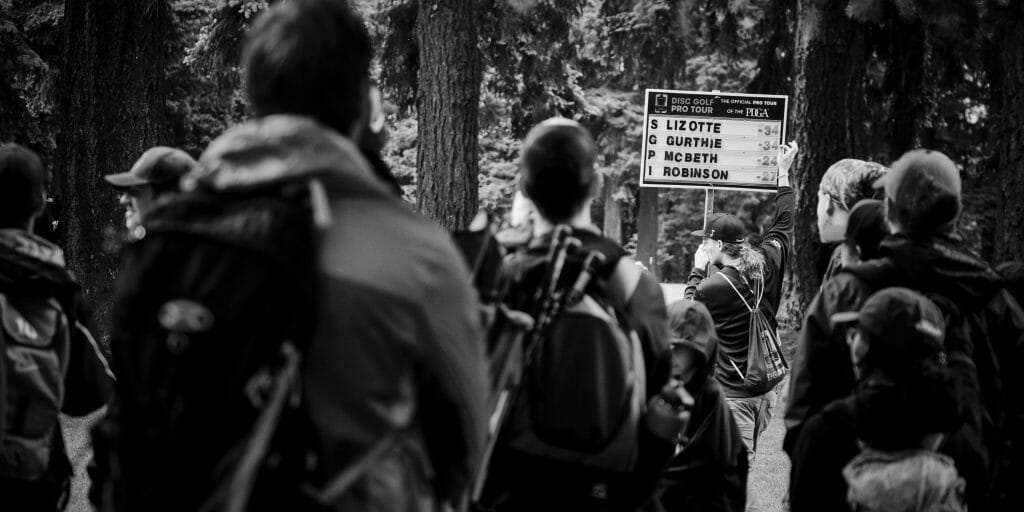 Heading into the 2022 season, the Disc Golf Pro Tour unveiled a pilot program for their new Tour Card, which provides qualifying professional players access to early tournament registration and a host of amenities at events. Last season, the top 75 MPO and top 25 FPO players in the 2021 DGPT standings were invited to sign up for the Tour Card.

Now, the DGPT is expanding access, opening new pathways to earning a Tour Card, and creating a qualifying series of A-Tiers for non-touring players.

For the 2023 season, more players will qualify based on the 2022 DGPT standings. The top 80 MPO (a 7% increase) and top 40 FPO (a 60% increase) finishers will get automatic qualification for the 2023 Tour Card. The DGPT also offers exemptions “based on DGPT points and PDGA rating as well as considerations related to injury and international participation.” Last year, the top European players were offered Tour Card slots outside of the primary qualifying system.

The 2024 season will see significantly more changes. Here are the ways to get a Tour Card in 2024:

The two-year Tour Championship exemption has been retroactively applied to the 2022 tournament, which means that all players that qualified for the Tour Championship this year will be granted access to both a 2023 and 2024 Tour Card.

Historically, the vast majority of top finishers at events have finished inside the standings cutoff to earn a Tour Card, but this does open up the opportunity for aspiring players to earn a spot on tour with a single strong weekend.

Qualifying Series to Offer New Path to the Tour

The 2023 Qualifying Series–expected to be comprised of eight A-Tier events, though the DGPT is still taking applications from events interested in being involved–will offer a separate points system that will give competing players an opportunity to earn a Tour Card for the following season, a small scale version of golf’s Korn Ferry Tour.

As noted above, the top six MPO players and top three FPO players in Qualifying Series points will be offered the opportunity to get a Tour Card. In addition, each individual event winner will get a six-event mini pass.

“Essentially, it’s going to be a partial exemption for the next year,” said DGPT Communications Manager Charles McCracken. Players will get second priority at all non-playoff DGPT Elite events behind Tour Card holders.

Any players that qualify for a Tour Card via other pathways will not be eligible for the Qualifying Series, and points and partial exemptions will be redistributed if any players qualify via another method.

The DGPT is largely following in the footsteps of the professional golf model set forth by the PGA Tour. The PGA Tour offers exemptions for Tour Cards for winning tour events and also has a developmental tour (the Korn Ferry Tour) that offers 50 Tour Cards at the end of the season. The PGA Tour’s top 125 players in the standings automatically qualify for a Tour Card for the following season. Major winners are rewarded with a five-year Tour Card exemption.