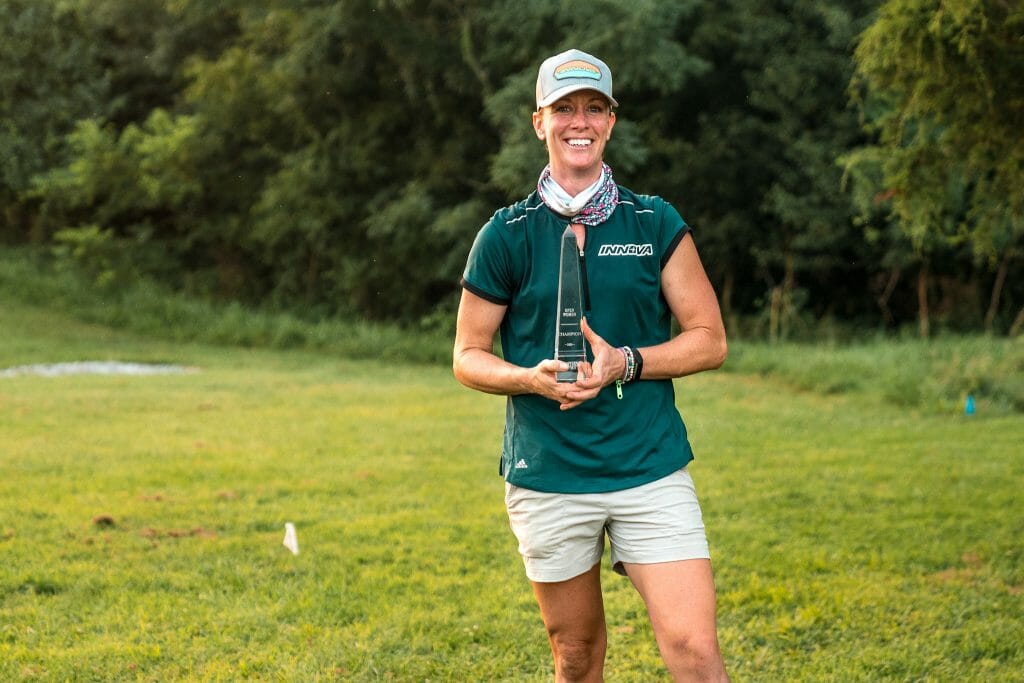 After a career year, Ellen Widboom is returning to Innova on a one-year contract.

“I am honored to join Innova’s Team Champion for another year,” she told Ultiworld Disc Golf. “Their continued support helps me to do what I love. And I love disc golf. 2021, here I come!”

Widboom just reached her highest-ever rating — 942 — after a season in which she finished inside the top 10 at every Disc Golf Pro Tour stop she made, including an emotional win at the Idlewild Open. It was her first-ever Elite Series victory.

Widboom is the 24th highest rated FPO player in the world.