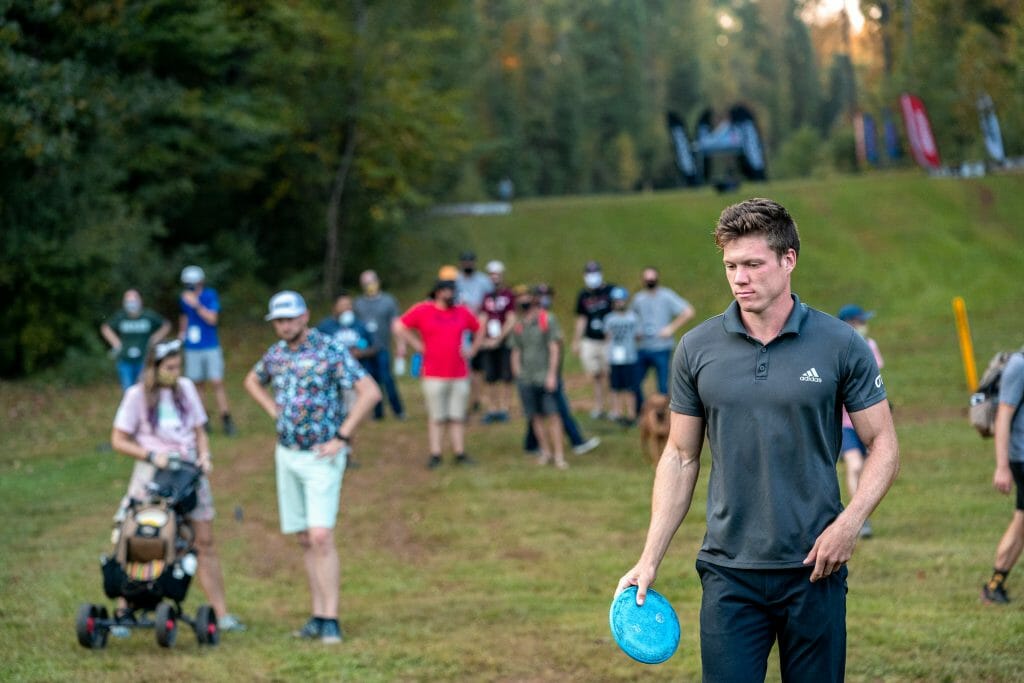 One of the biggest free agents this offseason has signed his first disc manufacturer sponsorship. Ezra Aderhold agreed to a 2-year deal to join the Discraft Elite Team through 2022.

“I’m super pumped to be a part of Discraft on the Elite Team for the next two seasons!” said Aderhold on Instagram.

While throwing a mixed bag without a primary disc sponsor, Aderhold previously threw Discraft Zones, Maltas, Raptors, Nukes, and Forces. He said in a Discraft video on Facebook that his Tour Series disc in 2021 will be a Nuke. “If you’ve seen me play in tournaments or on YouTube videos, you know the Nuke has been my distance driver for a long time,” he said.

Aderhold joined the PDGA in 2019 and began competing in the Pro division after a handful of amateur events, winning five pro tournaments including the South Dakota State Championship. His breakout season in 2020 had two wins, including the Open at Belton A-tier, and six top 20 finishes at Elite Series events. Aderhold’s player rating jumped 23 points in 2020 to a current career high 1016.