Fandom Survey: The Survey Itself & Who Took It 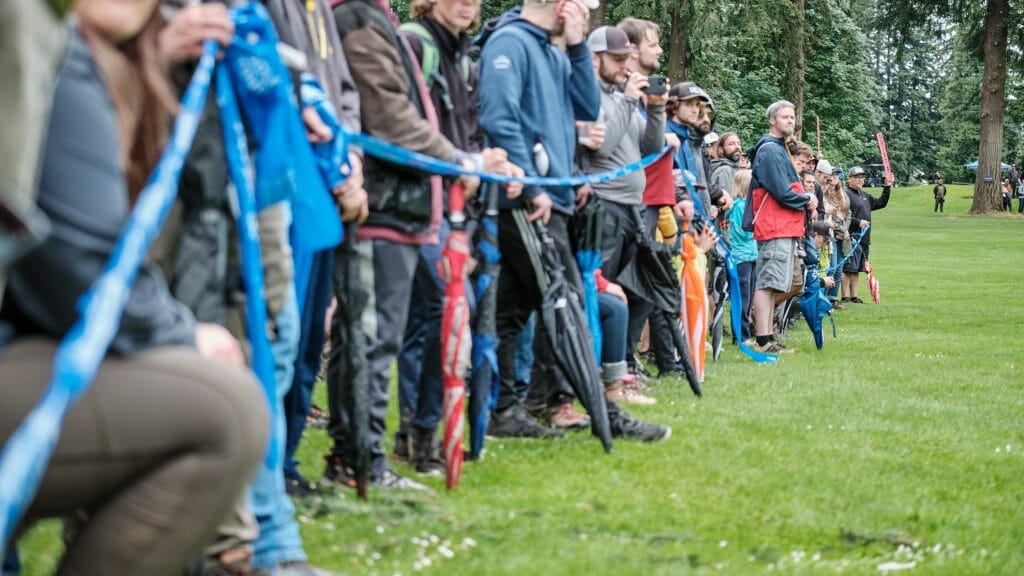 The purpose of this article is to explain the rationale behind the questions we asked in the Ultiworld Disc Golf/StatMando Fandom Survey and the demographics of our survey respondents. This article is part of a series that will be released over the coming weeks.

Our survey, linked here, was broken down into several sections:

The survey was distributed through the Twitter feeds of StatMando and UWDG, as well as other social media sources. We posted the survey to Reddit, several of the largest disc golf Facebook groups, and a few disc golf discord groups. In total, the survey was available for 34 days (8/29/2022 – 10/2/2022). Our hope was to collect data that broadly represents disc golf fans. Our survey provides us a look at one segment of the disc golf community – the one that is online, is willing to take a survey, and is engaged enough in the broader disc golf world that they would be on places like Ultiworld’s Discord, StatMando’s Twitter feed, and Reddit’s r/discgolf.

We will be releasing several articles in this series that cross-reference data from different survey questions to look for interesting patterns. All of the data below assumes our survey respondents were honest and did not fill out the survey multiple times. We discarded a few surveys that were, as the British would say, clearly “taking the piss.”

Below is a breakdown of the demographics of the 1503 survey respondents. Note that some respondents skipped questions, so we rarely have 1503 responses to a given question.

We initially released the survey without a question about race. After receiving feedback, we added the question “What racial or ethnic groups describe you?” 576 of the 1503 surveys we received before we added in this question. There were no pre-selected options, so we took respondents’ open-ended answers and grouped them into the categories you see in the above chart. 93% of the respondents were Caucasian/White. The PDGA Report does not include the racial demographics of the PDGA’s membership.

7.4% of respondents live in Europe. Finland, Sweden, and Norway have the most PDGA members in that order, and such was the same order for our survey participants. Europeans make up 15% of PDGA members, so our survey had an under-sampling of Europeans. Here are the overall numbers:

The survey included the question “What is the highest level of education you completed?” The data is a bit muddled as not all respondents fit into the multiple-choice selections we provided. We had to interpret some of the custom answers and sort them into a category, some of which were not a choice on the survey. A completed bachelor’s degree is by far the most common answer, making up 49% of the data set. 22% of respondents had a master’s or doctorate. Combined, that suggests 71.6% percent of respondents have a bachelor’s or higher. To put this number in context, roughly 37% of Americans have achieved a bachelor’s degree or higher.

To make the political question applicable to non-Americans, we used the terms Right and Left wing. Our data is skewed toward the left; nevertheless, the number of respondents reflects a reasonable sample size to evaluate patterns across the political spectrum, which will be a focus of one of the articles in this series.

We asked participants to describe how religious they are on a ten-point scale. Keep in mind this question is pretty binary for many people, which is probably why 1 was the choice of such a high number of respondents. Roughly half of our respondents have some level of religiosity, with about a quarter rating a 6 or above.

We will be releasing a link to our full dataset here after we have released all the articles in this series.