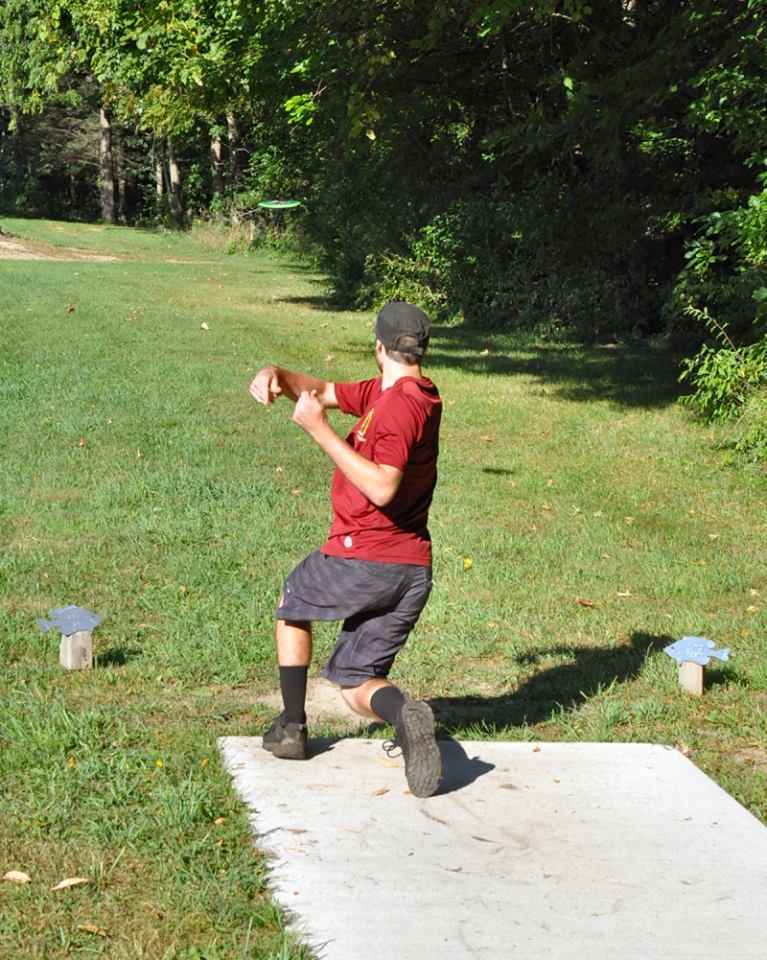 Led by singles champion Andy Martin, Ferris State’s A team had a total score of 344 to beat their own B team, who scored a 348, by four strokes. Central Michigan’s A team shot a 362 to finish 18 strokes out of the lead, while its B team rounded out the field with a 385.

The FSU-A squad shot a 66 in the first round of doubles to put themselves ahead of both the CMU-A and the FSU-B teams by three strokes, as both teams shot a 69. As the event moved to singles play, FSU started to show their dominance and depth by placing seven players from their A and B teams into the Top 10. Martin’s 1-under par 53 at BlueGill Disc Golf Course was good enough to take home the singles title, while FSU-B’s Carl Bouman finished in second with a 1-over par 55. A four-way tie for third included CMU’s highest finisher, Tyler Huyghe, who shot a 2-over par 56.

Going into the final doubles round on Sunday, FSU-A was holding onto a one stroke lead over FSU-B, while CMU-A found themselves 12 strokes back. FSU-A sealed the victory over its B team after shooting a 49 on the Oshtemo course, besting its companion group by three.

With the tournament awarding bids to two schools for the National Collegiate Disc Golf Championship, both Ferris State and Central Michigan officially punched their tickets to the main event at South Carolina’s Hippodrome Disc Golf Complex in April.