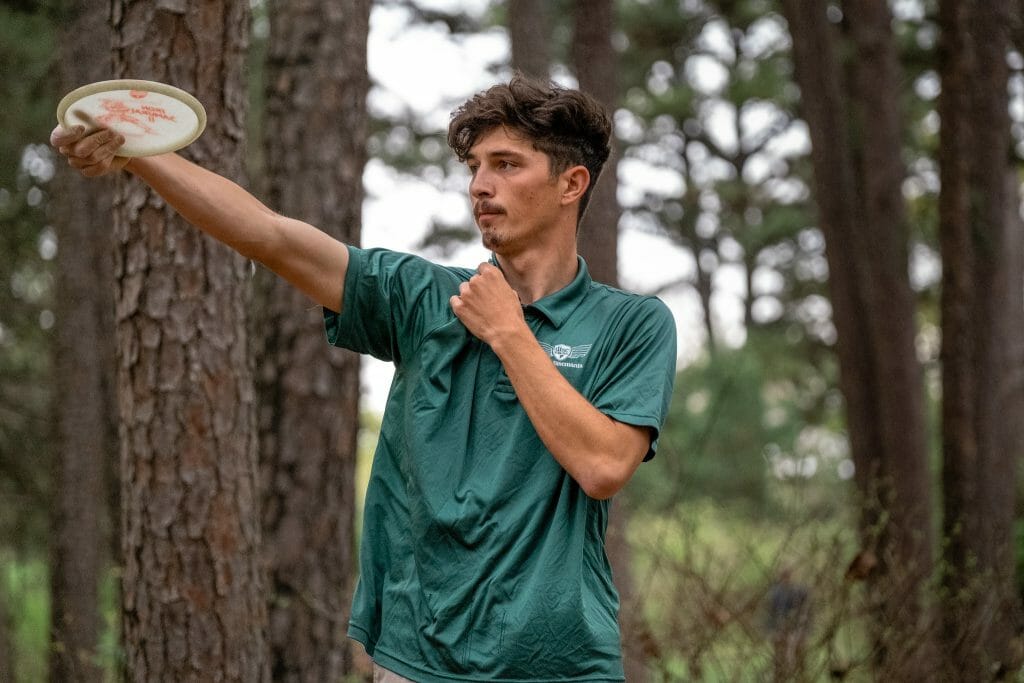 One of 2021’s breakout stars is taking a hiatus from touring to rest and diagnose an injury,

Gavin Rathbun announced after the Ledgestone Insurance Open that he would be taking a few weeks off to deal with a nagging shoulder injury on his throwing arm.

“I played this tournament without throwing a sidearm outside 200 feet. Well, actually threw one and my arm wasn’t ready for it,” said Rathbun after The Preserve Championship. Following up a 36th place showing at Ledgestone he confirmed the decision to rest, noting he’d be seeing a doctor this week.

Rathbun has made a number of lead cards this year, and earned his first Elite Series podium at the Des Moines Challenge. He says he hopes to return in time for the USDGC, DGPT Championship, and, if he qualifies, the DGPT Match Play Championship.