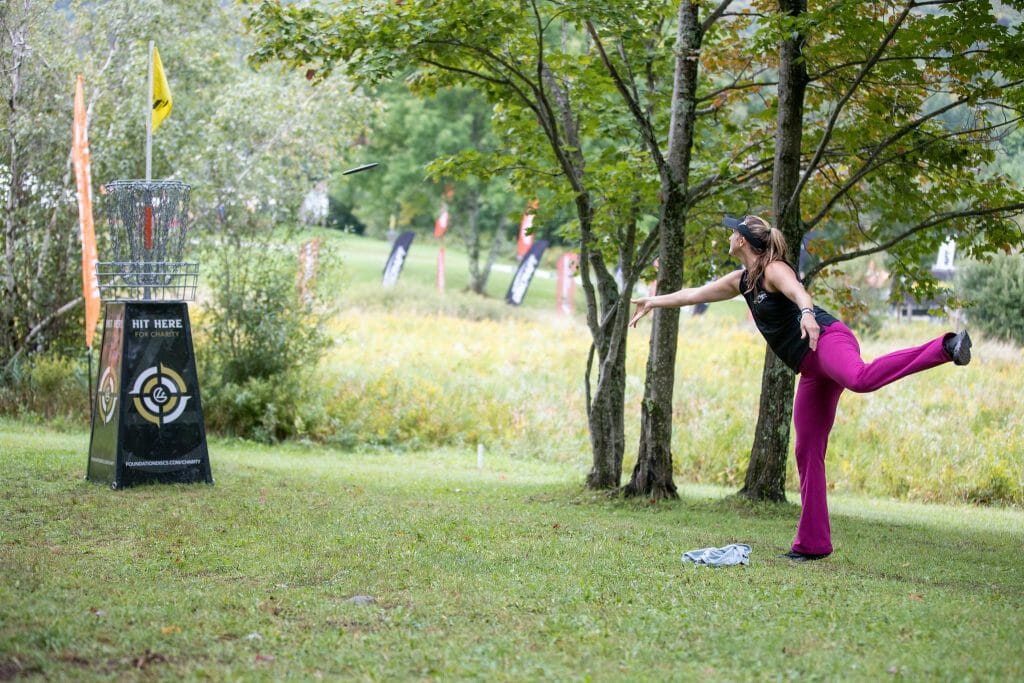 For the FPO division, the second round played a whole stroke over the first day at a +7.91 with the move to Brewster Ridge. The division finished the round with a tight race at the top, but Smugglers’ Notch is anything but forgiving.

After a not so hot round at a score of 5-over par, Natalie Ryan is a name to keep in mind for the rest of the tournament. She tied for first in fairway hits at 67% as well as parked percentage at 22%. Not a player that is featured on the main card but a sneaky dark horse to keep an eye out for.