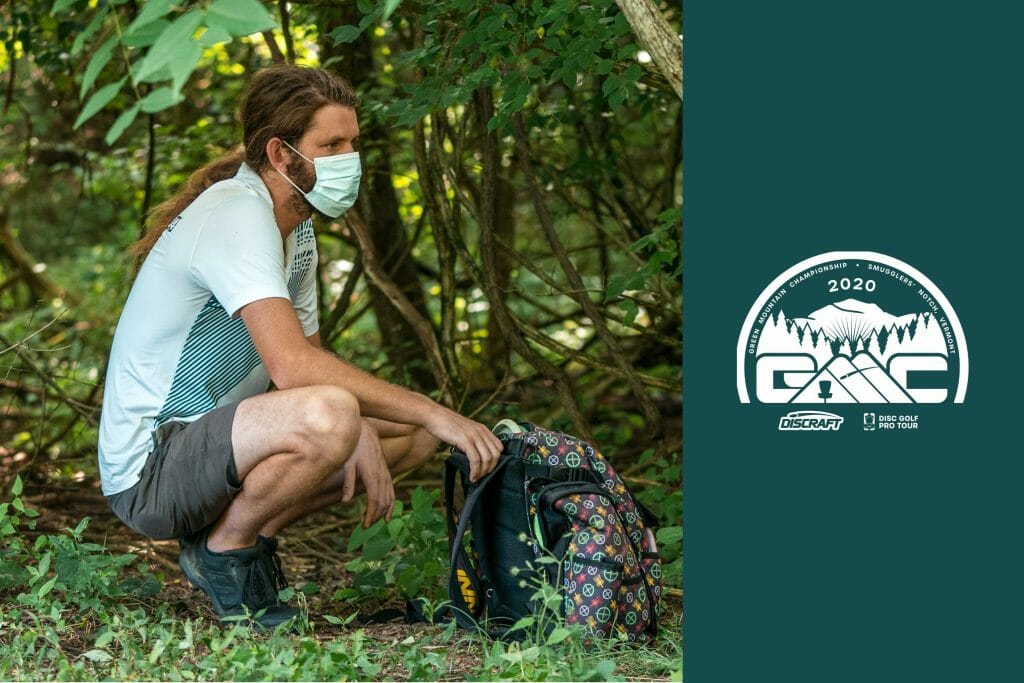 The field started the 2020 Green Mountain Championship in the woods on the Brewster Ridge course. It was the perfect weather for disc golf and the players responded with hot scores.

“I’d just say Smugglers’ Notch is my favorite place to play. The only reason I like Fox Run better is due to the landscape. The mountains in the background and the water on some holes. I was joking with a buddy today, I guess Brewster is my favorite course now.” – Dan Brooks-Wells

In four events since 2016, the eventual winner of the GMC either shot the hot round, or was within one stroke of the lead, during the opening round on Brewster Ridge.