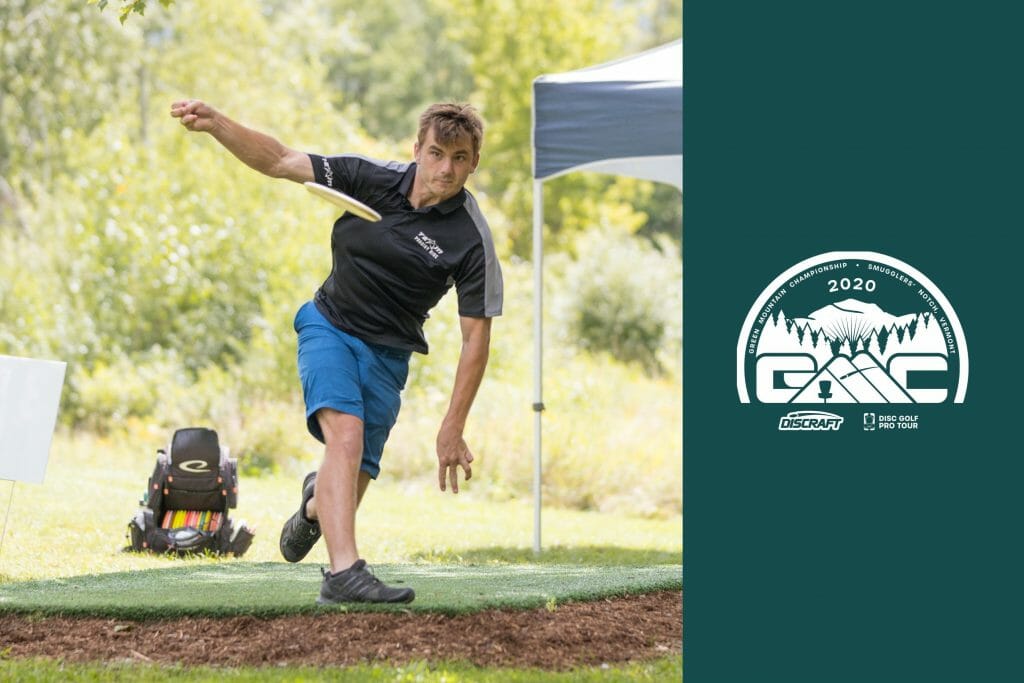 Back on Brewster Ridge, the second moving day of the Green Mountain Championship was good for the leaders.

“I’m excited that I tied it. This course is a struggle for me sometimes and it’s a tough battle out there. It’s nice to conquer that battle and then head to Fox [Run Meadows] which I’m a little more comfortable with.” – Kevin Jones on tying the course record on Brewster Ridge.

While Jones’s eight birdie streak to start the day is impressive, it’s not the longest opening under par run we’ve seen on Brewster Ridge. James Conrad started his day with nine straight birdies in round 2 of the 2018 PDGA Pro Worlds on the way to an 11-under par round.

The lead card of Jones, McBeth, McMahon, and Heimburg tees off at 1 pm EST.