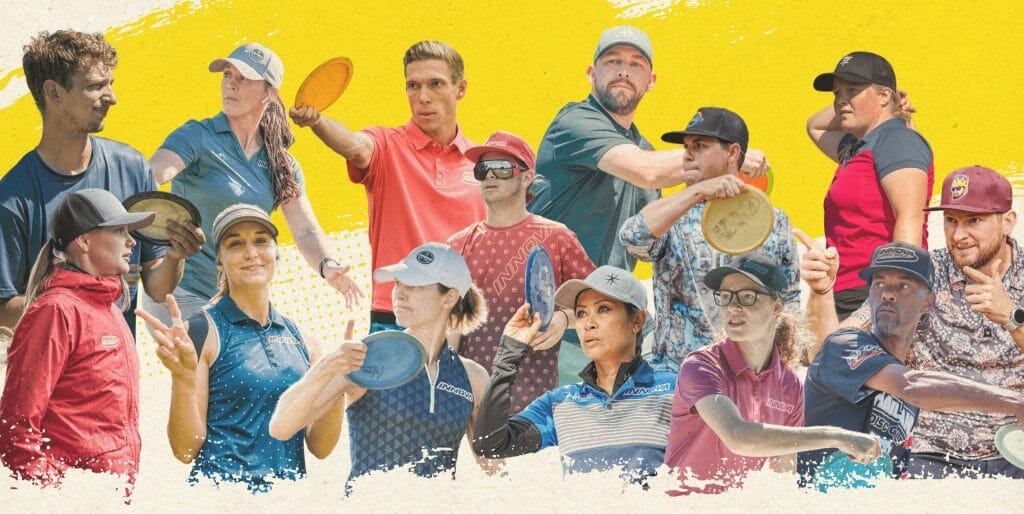 Following a choppy 2021 offseason in which star players like Ricky Wysocki walked away from endorsement deals, Innova heads into the new year with nearly all of its best players signed to multi-year contracts.

After agreeing to a five-year extension with Calvin Heimburg in the fall, Innova announced its full 2023 team yesterday. All of Innova’s top 10 players in the Ultiworld Disc Golf Composite World Rankings are back with the California-based manufacturer.

New three-year contracts for Eveliina Salonen and Henna Blomroos are the biggest news out of the Innova camp. The two young Finnish stars were among the most sought-after “free agents” of the offseason, and multiple manufacturers made bids to sign them. Innova won out by offering the best overall compensation package.

Hailey King is the only top 10 player not to sign for more than a year; Joel Freeman, Ohn Scoggins, Salonen, Blomroos, and Heimburg are all signed through at least the 2024 season.

Kat Mertsch and Freeman were promoted to the Star Team. The 2023 Champion Team, the 2nd highest tier at Innova, features six players — five extensions (Bradley Williams, Emily Beach, Holly Finley, Jessica Weese, Nathan Queen) plus the addition of Joona Heinänen, a Finnish pro who was among the best in Europe in 2022, raising his rating from 1008 to 1025 last season.

Innova had the most sponsored top 10 FPO players in 2022 (4) and tied for the most in MPO (2) with Discraft, Discmania, and Prodigy.