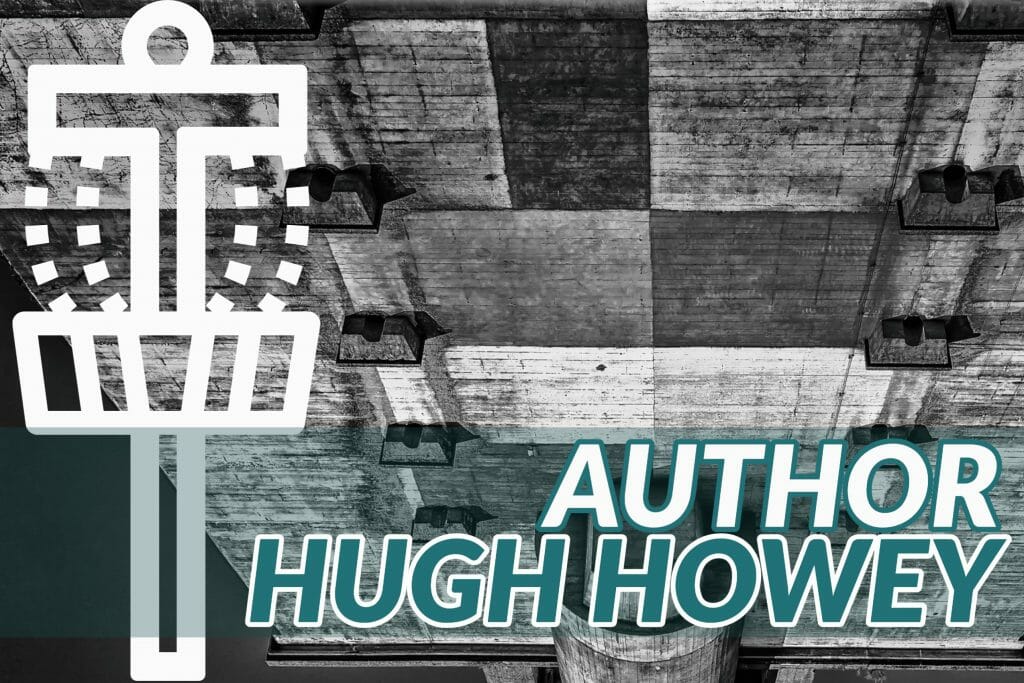 This past September while watching the final round of the Green Mountain Championship I caught a surprising name scrolling by on the list of Jomez’s Patreon supporters. If you have not heard of Hugh Howey you will probably become familiar with his work soon.

Howey is best known for writing the acclaimed sci-fi novel Wool. Howey self-published Wool in 2011 while working as a bookstore clerk at Barnes & Noble. Through online word of mouth, Wool gained a cult following and would go on to become a New York Times, USA Today and Amazon best seller.

I have spent years recommending Howey’s novels to friends and was delighted to see one of my favorite writers also follows disc golf. I reached out to him and he was kind enough to answer a few interview questions. 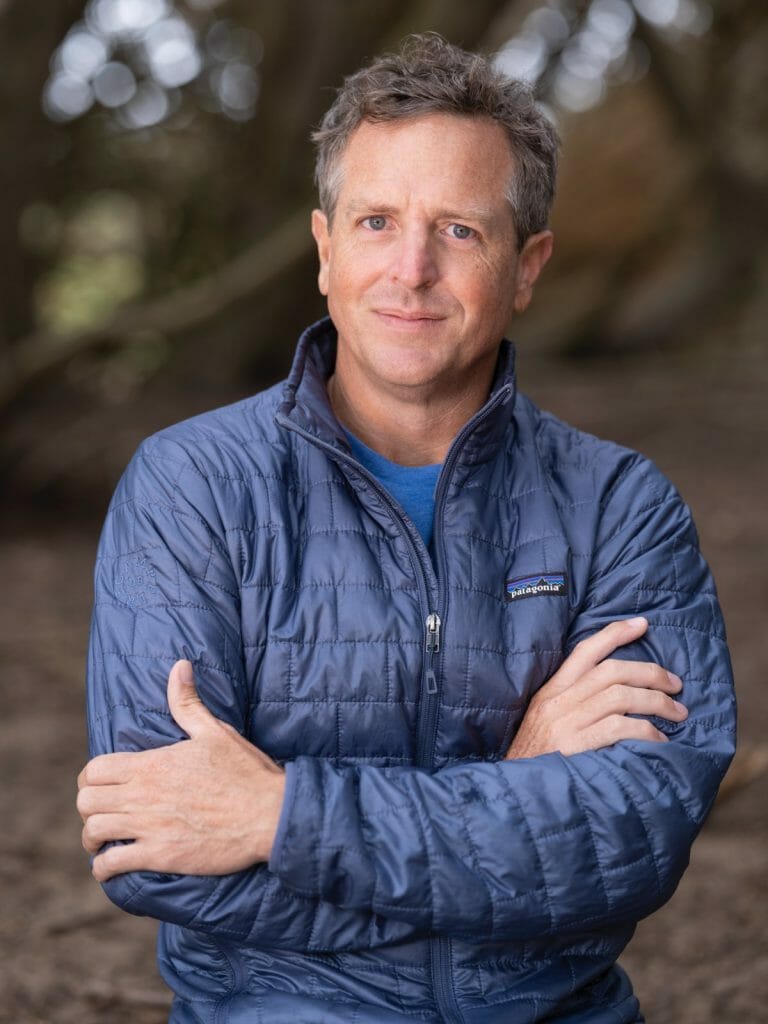 Jesse Weisz, Ultiworld: When did you start playing disc golf and how were you introduced to the sport?

Hugh Howey: I started playing my senior year of high school, back in 1993. I grew up outside of Charlotte, North Carolina, and there were quite a few lovely courses around town. Some guys I worked with at Ben & Jerry’s were super into disc golf, and they got me hooked. We’d go several times a week, and none of us had any real experience at first, and there weren’t any online resources, so we were having to learn first principles on our own. Learning how to throw forehands and sling hammers to get out of thick woods, it was just teenagers hacking away and slowly getting better.

JW: How would you describe your level of play? Are you strictly casual, or do you play competitively?

HH: I’m only competitive with myself, unless I have a friend with me who is at a similar level, and then we like to compare scores and talk trash. My goal is just to match or beat my best previous round on the same course. Even par is a great score for me.

JW: Do you have an idea of your maximum distance?

HH: I used to be able to sling discs a lot further when I was younger, but I take it easy now. I hurt my shoulder years ago and never want to go through that again. My max distance now is only 300 feet or so. My favorite courses are technical ones with a lot of variety, elevation changes, a mix of woods and open fairways, water hazards, OB, and the like. It also makes for a better experience for my girlfriend and any newcomers I’m introducing the sport to.

JW: On an average day, how many putts out of ten would you be able to hit within the circle (10 meters)?

HH: When I’m practicing, three out of four putts within C1 go in the basket. When I’m on the course and it really counts, that drops to half. I have no idea how the pros can putt with such consistency with the pressure of cameras, purses, trophies on the line.

JW: How often do you play?

HH: Never as much as I want to! These days I get out once a week, but I try to play two rounds.

JW: Which discs are in your bag? Are there any favorites?

HH: I love my Discmania C-Line DDx driver. It flies great forehand and backhand. I throw a Buzzz in tons of conditions. If I had to play an entire round with a single disc, it would be a Buzzz. And I love my Judge for putting and up shots. Maybe it’s just my faulty memory, but it seems like every long miracle putt I’ve hit lately was with a Judge and nothing else.

JW: Which courses do you play? Are there any favorites?

HH: Greystone outside Morristown, New Jersey is my current favorite. It’s everything I love about a great disc golf course. Eighteen holes loop around a gorgeous pond; there are elevated tees and a mix of woods and open holes. You’ve got multiple tees and decent pads with great signage to navigate even the first time through. Wolf Hill, also in NJ, is another amazing course. The holes are fairly short, but there are some challenges to overcome. Both are also just beautiful walks, so it’s easy to convince friends to join for a round.

JW: You have been traveling a lot over the past few years. (Howey bought a sailboat with his book deal windfall and sailed around the world.) Have you had a chance to play disc golf in other countries?

HH: I’ve never played overseas. I keep my discs in my car, and on any kind of road trip or outing, we search around for new courses in the area and hit them up. But I’ve only flown with discs a few times and just domestically.

JW: How closely do you follow professional disc golf?

HH: Very. I love watching the Jomez coverage, and I keep up with the rounds during the big tournaments every weekend. I keep meaning to drive out to a big tourney, but never have found the right one at the right time. It’d be great to see some of my favorite players work their magic in person. I also follow a lot of the players on social media and YouTube and support them on Patreon.

JW: Do you prefer live or edited post-round coverage?

HH: I enjoy both. If it’s a major tournament with a stacked field, live coverage is great so you can feel the immediacy of the action. But for most tournaments, I don’t mind waiting a few days to watch edited coverage. It goes a lot quicker. I was watching live when Conrad threw in that field ace to force a playoff (at Pro Worlds), and I lost my mind. It wouldn’t have been the same seeing it on replay, especially if you know that he goes on to win.

JW: Do you follow any other disc golf media, such as podcasts and written publications?

HH: A little, but mostly it’s what I get served up from all my YouTube subscriptions. Half my YouTube homepage is disc golf content. My next 10 favorite hobbies and interests make up the other half.

JW: While playing, are you thinking about your writing (plots, characters, etc.) or are you typically there to take a break?

HH: My imagination never takes a break. Story ideas come and go all the time. Sometimes I bounce plot ideas off whoever I’m playing with, so if anyone wants to hear how my brain assembles a novel from scraps of ideas, all you have to do is walk 18 holes with me.