Is McBeth’s Rating The Result of Inflation? 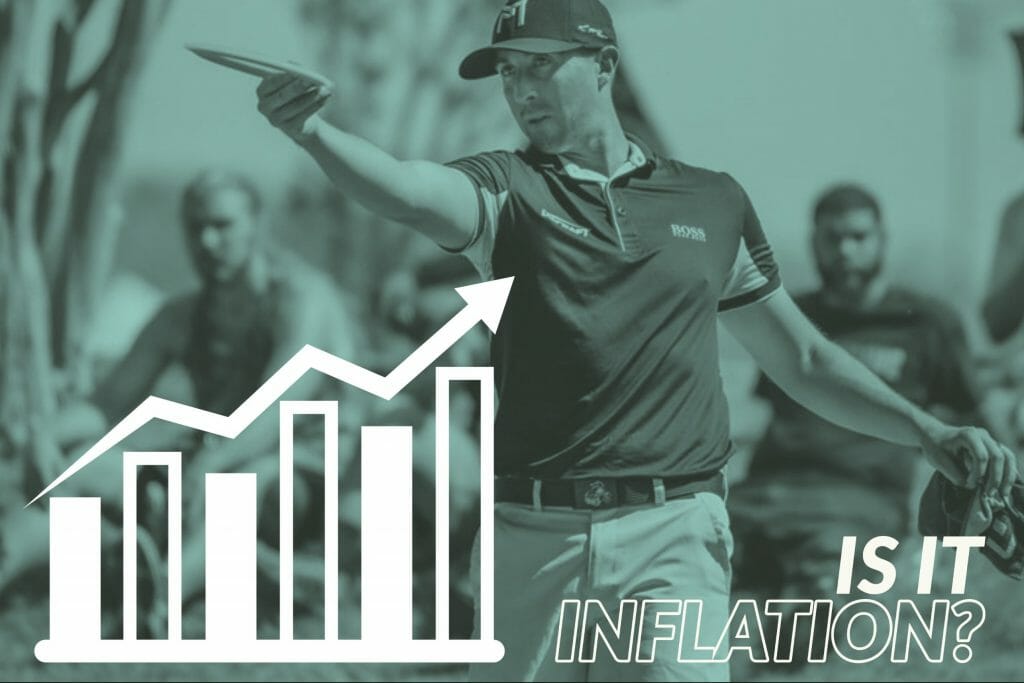 In response to a social media post asking Paul McBeth if he thought his new record rating of 1062 was the result of inflation, McBeth responded saying “…wouldn’t inflation result in everyone going up? I feel like it’s only me.” This seems like a pretty big flex by McBeth, but is he right?

Well, the answer is yes and no. Rating inflation does exist. The PDGA has written about it, as have I. My estimate shows it at around 0.7 ratings points per year. The PDGA’s estimate from 2009 is a bit higher. Whatever the exact value, it is a fact that on average player ratings across the board are going up.1

Even if half of McBeth’s rating increase since the beginning of 2012, the year he won his first world championship, was removed because of inflation, his current rating would still be nearly 1050. Only two other players have ever been 1050 rated: Eagle McMahon and Ricky Wysocki. However, because no one can escape inflation and McMahon and Wysocki are McBeth contemporaries, their ratings would be subject to the same reductions as McBeth’s.

This, of course, is quite close, but remember that I am being conservative with my estimates. The inflation penalty is much larger for McBeth than Climo. It is pretty clear to me that McBeth’s 1062 outclasses Climo’s 1044. (If you use a corrective value of 0.7 and correct back to 1998, Climo would have a 1041 rating and McBeth a 1047.)

In short, even considering rating inflation, McBeth would still have the highest rating ever. So, as is the case with most debates on social media, both sides of the argument have some truth to them.