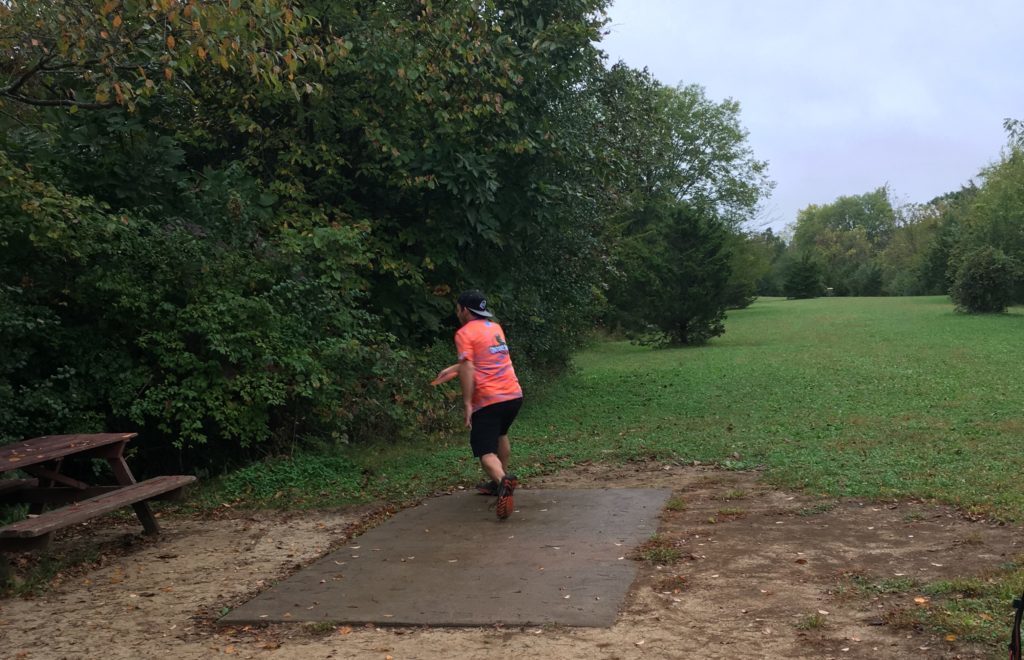 Kennesaw State University used some fireworks to come from behind and beat Georgia Southern University to win the Georgia Collegiate Disc Golf Open. Going into team doubles play on the East Georgia State campus, Georgia Southern held a two stoke lead over Kennesaw, in large part due to the outstanding play of singles champion Levi Proctor. In the final round, though, Georgia Southern managed only a 3-under par 52 while Kennesaw shot a 7-under par 48 to steal the win and guarantee its spot in the big show next April.

In the Wisconsin Collegiate Disc Golf Tour Opener, University of Wisconsin-Platteville crushed University of Wisconsin-Parkside by 46 strokes, 495-541, to claim victory and earn its own berth to the NCDGC. In the last round of singles competition, UW-Platteville’s Jesse Peterson shot the UW-Platteville course record with a 13-under par 45 to force a playoff with his teammate, Alec Anderson. In the playoff, Anderson hit a 40-foot putt to secure the victory and earn the singles title. The Wisconsin Collegiate Disc Golf Tour will head to UW-Parkside later this Fall.

In other action, the Southern Collegiate Disc Golf Association started play in Jonesboro, Arkansas, with host team Arkansas State (1-0) defeating the visiting Rhodes College (0-1) by a score of 5-1. Jonathan Underwood, Jared Aschbrenner, and Parker Sitton all had victories for Arkansas State to earn their team one point, while in the doubles component of the match Arkansas State shot a 7-under par 49 compared to Rhodes’ 2-over par 58 to add two points to its team total and seal the victory. The SCDGA will continue next week, with Arkansas State traveling to Hendrix College and Rhodes College hosting the University of Mississippi.

The Heartland Collegiate Disc Golf Championship was originally scheduled for this weekend, but has been tentatively re-booked for October 29-30.