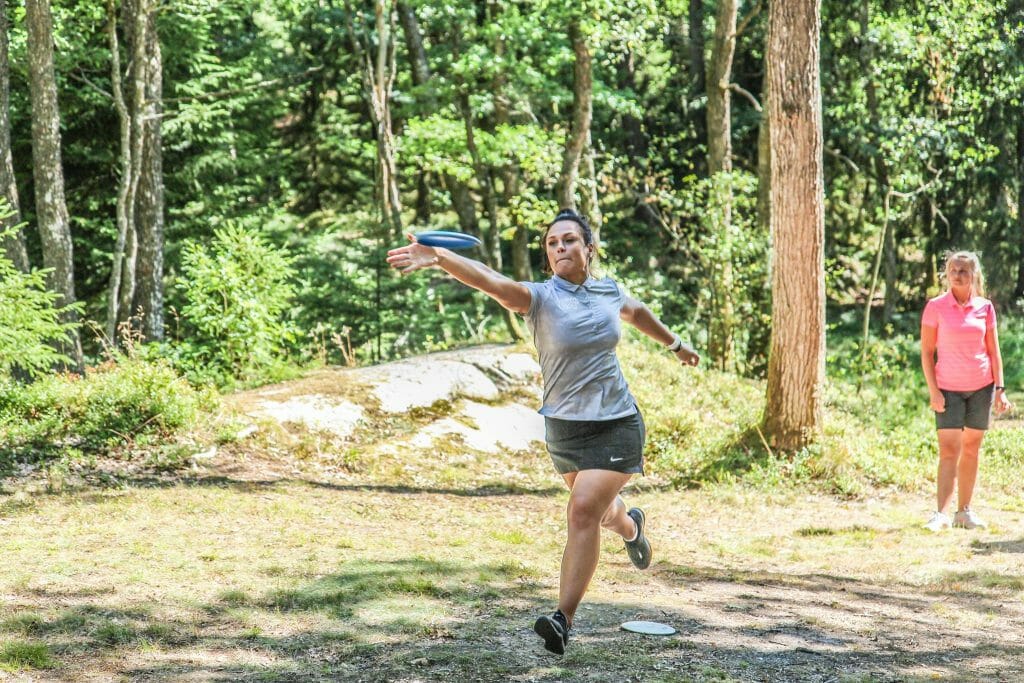 The mailbag is for subscribers only, which helps keep me committed to writing it every week. It will reward subscribers with a weekly column they can count on. And it will allow us to offer a free one-month Mini subscription — which includes access to our Discord server, bonus Upshot podcast segments, exclusive articles, the Cash Line newsletter, and more — for the best question, email, or comment we get and publish in the Mailbag. If you’re already a subscriber, you get a free extra month (or a discount). If you’re not, you can come in and check out the benefits.

Q: I know you’re in the pro basket change category, but I think a MUCH easier change would lower the percentage of overall putting by 10%.

Expand Circle 1 from 33 to 40 feet for National Tour/DGPT/“Grand Slam” events. Watching a lot of pros make more from 34-40 with a step/jump putt over missing a putt from 33-29 seems like a 10% bump (anecdotally, for what it’s worth). This is also a cost efficient change for a sport that is growing.

A: Yea, I’m all for making the small steps towards challenging pros more effectively. Basket changes are quite obviously more difficult to implement than painting wider lines for Circle 1. Let’s be honest: it does seem like a problem when Kevin Jones gets excited that he’s outside of the circle so that he can jump putt.

Of course, you don’t want to get too crazy and move Circle 1 back to 60′ or something, but moving it to 40′ is a modest change that would be fast and easy to implement.

To me, this is just like moving the three-point line back in the NBA. There was plenty of gnashing of teeth when the league decided to move the line back, but it’s hard to argue that it hasn’t been good for the game, and, hell, guys like Steph Curry and Dame Lillard now just pull up from 40 feet out anyway. Players will work on their balanced 30-40′ putting without a jump or step if they are forced to do so, and it will increase the value of a good upshot or drive.

Of course, no matter where you draw the line, there will always be situations where you’d rather be two feet further away to have a jump/step option, but at least that differential won’t cause as big of a swing in your putting percentage if it’s further away.

In the bigger picture sense, we really need to experiment more! Silver Series events should be testing grounds for rule changes: smaller baskets, different rules on the green, different rules about OB (stroke/distance vs. drop zones), etc. We have to find ways to try out new things on the course in real competitive situations. Even two to three events per year that implement a rule change could provide excellent data and feedback about potential permanent changes.

Here’s some thoughts from Eagle McMahon on his Facebook page:

Circle one, the 10 meter circle, ceases to exist. That means circle 1 is stretched out to circle 2’s distance. So no more jump putting within 20M. This would piss a lot of people off but could bring long term positives. I THINK that it could make foot fault calls easier. Plus, some people will say that this is pointless, but it would lower C1 putting percentages. So hypothetically if someone was putting 75% in C1 (In the fantasy 20M C1) that person could be more easily recognized as the best putter since the margins would be greater.

Let me know what you think. Don’t take anything I said seriously. I just want to start some discussions on some new ideas since the sport is growing so fast at the moment and getting on major networks. I think it’s time to embrace change sooner than later before the old way gets too grandfathered in.

Matt Bell, who was the best Circle 2 putter on Tour this year at 37%, chimed in in the comments: “I’ve talked about eliminating jump putts for over a year now, but I don’t think we should get rid of circle 1. I’ve been saying we also need a third circle outside circle 2 which doesn’t need to be marked but estimated out to 30 meters or roughly 100ft that would be our approach zone, eliminating jumping, which makes layups too easy. You would instead have to actually throw the disc. It would make the game a lot better.”

Interesting stuff! Some good food for thought. Gregg Barsby said a 15 meter Circle 1 would be a good change at elite series events (~49′).

To me, this just shows that there is real interest from pro players in trying new things. Let’s not be stuck in our ways! The sport is evolving and growing so fast that we need to make sure our rules keep up.

Q: What if USDGC was in the springtime, and the final event of the year was the DGPT finale and it was a Major? The DGPT would still be an invite-only event for a slightly larger field and be a normal four-round event. Meaning that there are four majors and they are more intermittently scheduled. (Obviously there are many logistics involved I have no control over, but hey, I’m brainstorming.)

Four majors, baby. It’s happening. How we get there isn’t as important as that we get there, and I think there’s no reason it can’t happen by 2022.

Logistics aside, Eagle’s idea makes logical sense. The DGPT finale could easily become a major. Given the high payday that you have to think will continue to grow, it’s already got plenty of buzz. Taking out the somewhat gimmicky score reset each round would give it more cachet. (As I’ve said on The Upshot, move that style of tournament to the middle of the season — you could call it the Challenge Cup or something, mirroring English soccer’s FA Cup). Then you could have USDGC/WNC (Rock Hill), Worlds (rotating globally), European Open (rotating in Europe), and DGPT Championship (rotating in US). I’d push for the existing US Women’s Championship, run by the PDGA, to get renamed and drop its Major status, but keep it as a high-profile, rotating event that celebrates women’s disc golf as it does today.

And it’s not like the DGPT Championship really needs Major status to be an important event. If you’re throwing down guaranteed money for every participant and $20K for the winner, the players are going to show up, and people are going to watch.

But I’m with Eagle: four majors, intermittently scheduled, need to happen. No more of this three majors wedged into four months nonsense that we seem to do every other year. Not having a major until mid-July (which happened as recently as….checks notes….2019) is crazy.