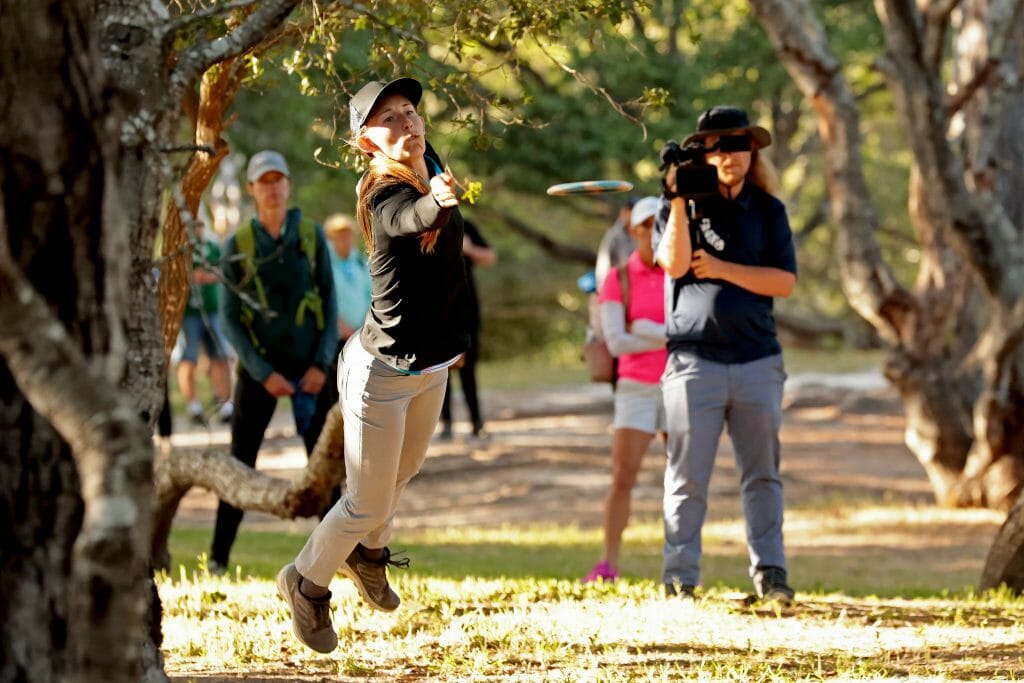 Hole 16, AKA I-5, was stretched into a par 4, and has still remained ungettable for the Open Women’s field. Only Kona Panis and Ella Hansen have reached C1 in regulation through 74 players, and neither could convert the birdie.