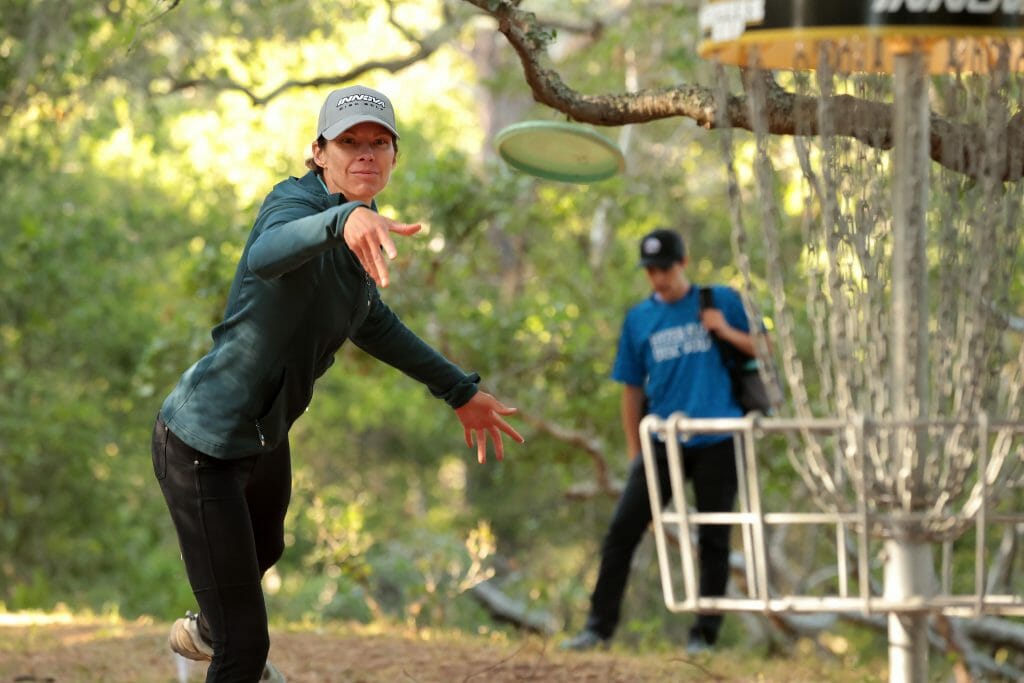 The Santa Cruz Masters Cup has that special bit of disc golf magic, and it was on full display for opening day at the PDGA National Tour event.

We said Korver picked her times to attack DeLa, but the birdie she got on hole 9 was not one of the instances we were referring to. Only two players, Korver and King, birdied the down sloping, near 400-foot hole, and both did it by parking the pin. No other player found Circle 1 in regulation.