Masters Cup: Pierce Makes It Three In-A-Row After Returning To The Tour 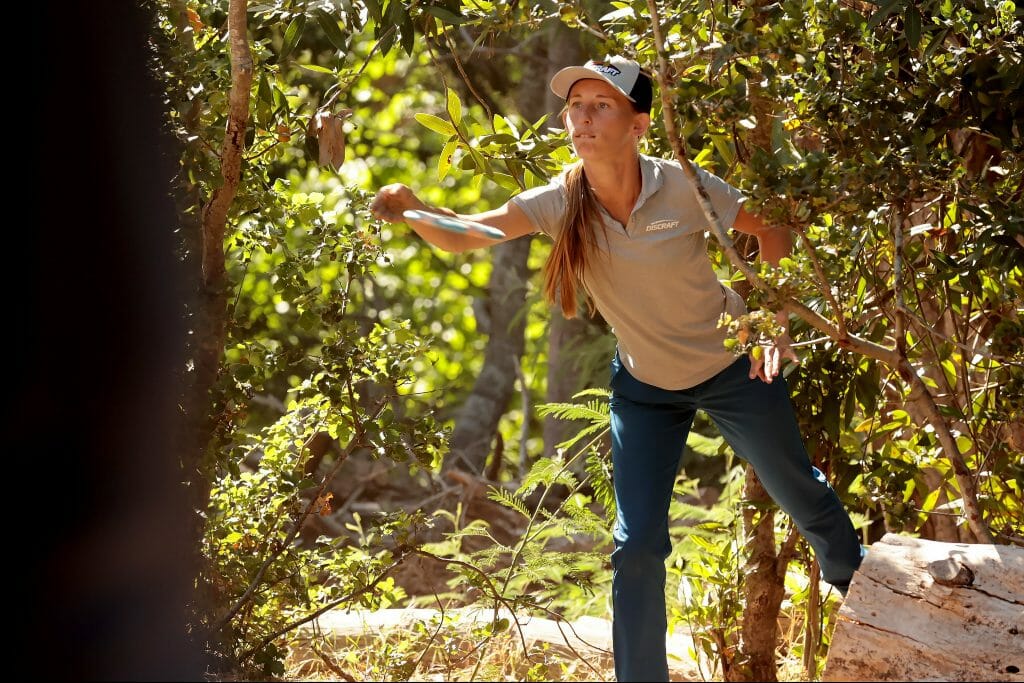 Paige Pierce is enjoying the extended time in Northern California, and she continues to be especially fond of Santa Cruz.

Despite shooting consecutively lower-rated rounds after starting the PDGA National Tour event with a 1001-rated 24 holes, Pierce comfortably won her fifth Masters Cup title by five strokes with a final tally of 1-over par. Pierce won her first Masters Cup in 2011, the same season she would later return to Santa Cruz to capture her first Pro World championship.

Kona Panis was closest to Pierce heading into the final round, three strokes behind the leader. Even with Pierce’s putting not looking to be at the top of its game, an early double-bogey from Panis gave Pierce separation, and we know she’s one of the best at maintaining a lead. The final round 4-over par from Pierce only saw one birdie after hole 7 and won’t be going on her career highlight reel, but the surfboard statue won’t look any worse in her trophy cabinet at the end of the day.

Pierce was first or second in every major UDisc Live driving category, including strokes gained from tee-to-green. Not a bad way to celebrate your 30th birthday.

Had it not been for a 7-over par second round, Catrina Allen may have been the one on top after 72 holes. Her first and third round totals were two strokes lower than Pierce and she looked in control during those performances. She instead finishes in second place at 6-over par total, moving back up one spot on the leaderboard.

The threeway tie for third between Panis, Alexis Mandujano, and Juliana Korver is notable for a variety of reasons.

First, Korver, who was coming off a Pro Masters 40+ victory at the United States Women’s Disc Golf Championship. The Hall of Famer had her best finish in an FPO Elite Series field since finishing second at the 2006 Japan Open. Korver has won the Masters Cup four times, including most recently in 2006, the last season she really hit the road. The first round was also the first time Korver and Pierce had ever played a sanctioned round together. Korver’s six birdies in the final round was most in the division.

As for Madujano, she continues to improve upon her career-best professional finishes. Having previously turned in her highest Elite Series placement (4th) at the 2021 Texas State Championship, she earned her first podium in Santa Cruz.