MVP Open: Allen Shoots Into Lead With 3-Under 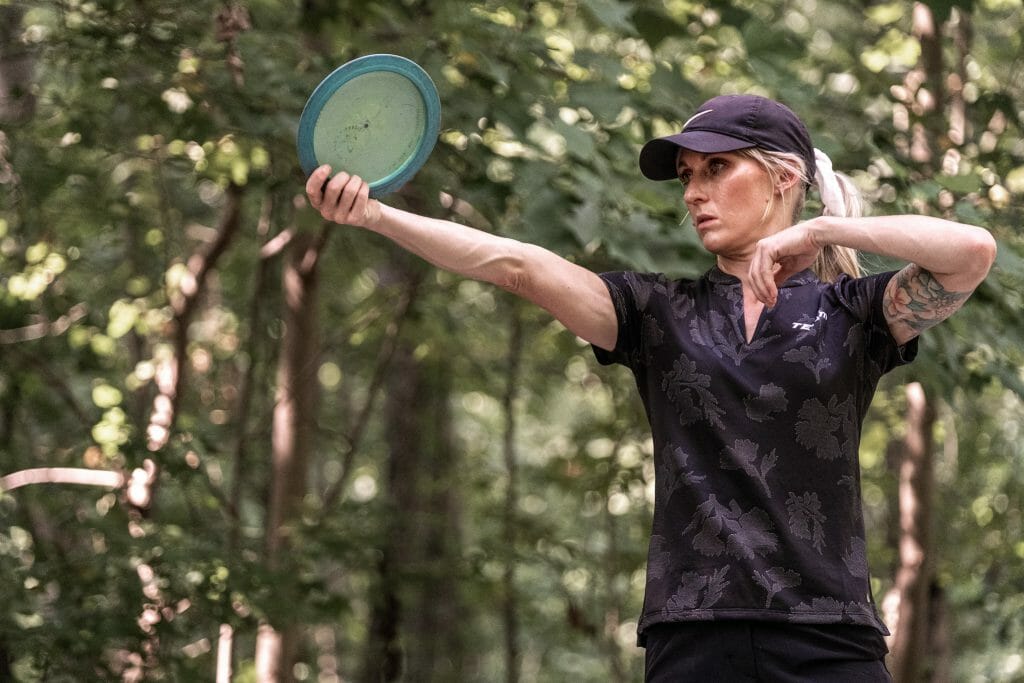 Day two out at Maple Hill kicked off with a tight race at the top of the leaderboard but ended with some clear separation entering Championship Sunday. The FPO division saw success on their second outing averaging a stroke better than its day one.

The FPO division seemed to be sniping from elite range on day two. The field saw two throw-ins on the day over 200 feet. The first coming from Hailey King’s 278-foot ace on hole 7 with the second coming on hole 1 from Christine Jennings at 220 feet. The field seemed to be playing a little more aggressive than they had on opening day.

“Not too shabby. I feel like I’m playing pretty solid but I would like some more birdies. I feel like I’m scrambling well to keep the big numbers away, so it feels pretty good… I kind of felt like the first round and the second round felt a little like Delaware where I’m figuring out the course, making improvements, and figuring some holes out. So, just hoping tomorrow it all comes together.” Catrina Allen, on her round 2 performance.