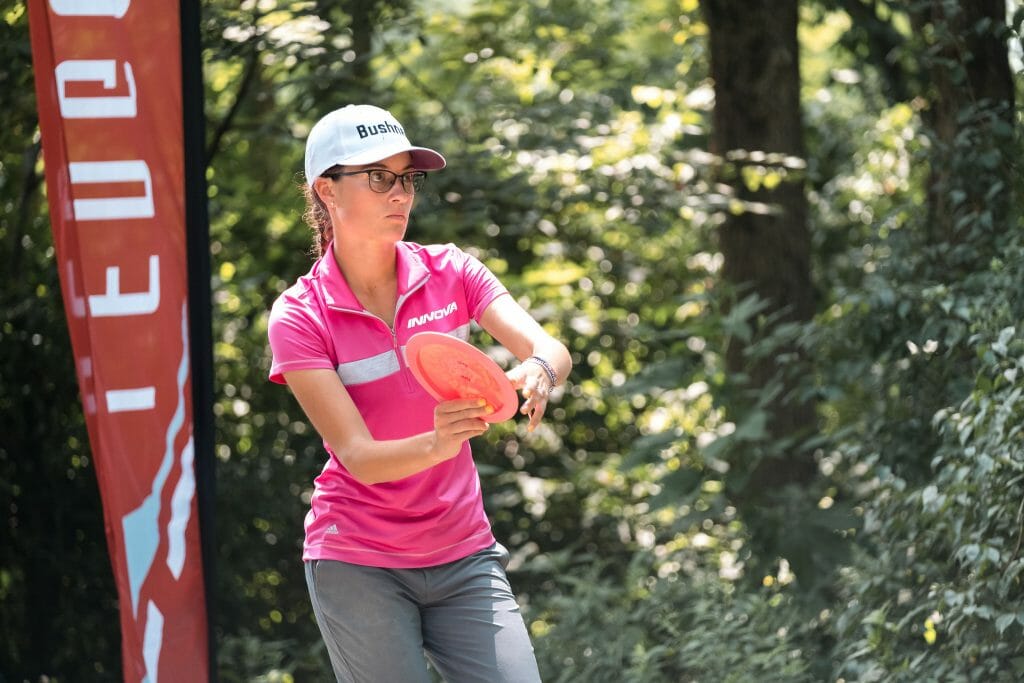 The DGPT kicked off another weekend with the MVP Open at the illustrious Maple Hill in Leicester, MA. One of the world’s best courses continues to challenge the star-studded field year-in and year-out, and a tight race at the top sets the stage for an interesting moving day.

Hole 1 played as the most difficult hole on the course averaging 1.13 strokes over par. Hailey King was able to card the lone birdie of the day gaining 2.13 strokes against the field. King sits 1-over par on the round in a tie for fifth with Lisa Fajkus and is right in the hunt.

“It felt good. I had a little bit of color in the beginning with a bogey followed by a birdie, so I got to get that one out of there. A lot of pars and then getting your birdies when you can, but that’s just what it is out here. I missed a few that I would’ve liked to get but pretty clean so I’m happy.” Missy Gannon, on her opening round performance.