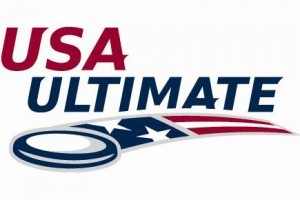 USA Ultimate’s 2017 College Guidelines, as usual, contain some small rule changes to help balance out any unintended consequences from previous rules and bring clarity to rare circumstances (like with last year’s ‘Cincinnati’ and ‘Tulane’ rules). Here is a rundown of the substantive changes to the 2017 Guidelines.

The ‘Cincinnati Rule,’ which bars teams from withdrawing from a regular season tournament within seven days of the event without explicit permission from the College Working Group and the Tournament Director, has been slightly softened. Before, any team that withdrew within that seven-day period was, by rule, required to be subject to sanctions; now teams that withdraw “may be subject to sanctions” (emphasis added).

There is more of an onus now on teams or TDs to file a complaint. The new rule reads: “Tournament Directors or teams negatively impacted by the withdrawal can report a violation to USA Ultimate HQ (tom.manewitz@hq.usaultimate.org).”

No Longer Required To Finish Regionals If You Start

USA Ultimate has cut the following rule completely from the 2017 Guidelines:

This blocked some teams, like BYU, from competing at Regionals at all, because they knew they would not be able to compete on Sunday. This rule is no longer in effect.

If a team earns a strength bid to Regionals for its Conference, but the team earning the bid declines to register for their Conference Championship, the earned bid will be awarded to the Conference with the "next" highest ranked team. Registration is defined as submitting a registrar verified roster and signing up on the USA Ultimate website for the event.

If a team earns a strength bid to the College Championships for its region, but the team earning the bid declines to participate in their Conference Championship, the earned bid will be awarded to the region with the “next” highest ranked team.

No DIII Region Can Receive More Than Four Bids

USA Ultimate has capped the number of bids for any DIII region at four. There has never been a DIII region that has earned more than four bids, but this appears to be insurance against such a situation, especially considering the limited connectivity between Division III teams during the regular season.

Why specify a cap for DIII regions? Is this going to be implemented in club as well? NE Mixed has been known to scoop up 4+ bids in the women’s and mixed divisions.

I don’t believe the club working group is currently discussing anything like this. Not to say they couldn’t, though. If you’ve got thoughts on it, I’d recommend you get in touch with your player reps. https://ultiworld.com/2016/10/31/four-players-elected-club-division-representatives-usau/

To add a little context, the discussion of this rule change recognized it is a situation completely unique the D-III college division. There are only six available strength bids for the D-III College Championships. Because of limited resources associated with smaller schools, connectivity across regions, while improving immensely in the Men’s D-III division over the past three years, has the potential to lead to completely unbalanced outcomes. It is highly unlikely for a D-III region to receive more than 4 bids, but this provides an insurance policy.

The same holds true for Club ultimate too, only with eight strength bids instead of six. Am curious as to why the distinction has been made for DIII as it seems there is potential for this to happen across the board, regardless of how many strength bids are available. This may stem into a discussion around how the “regional bids” system is broken, but that’s another topic.

I realized I should have included a key word, “limited” before connectivity. In D-III, the resources of the schools prevent teams from travelling, which makes connectivity a much larger issues than in other divisions for the top teams (where nationals bids are determined). Connectivity is necessary for the algorithm. I agree, in a vacuum, the same potential is there for all divisions if top teams don’t travel outside the region. But, right now, there are top D-III division teams that do not travel or even get 10 regular season games.

DIII Nationals in 2015 had 5 bids in the women’s division go to the North Central Region. Although, if I remember correctly it was the result of a South Central team declining a bid and that bid being reallocated.