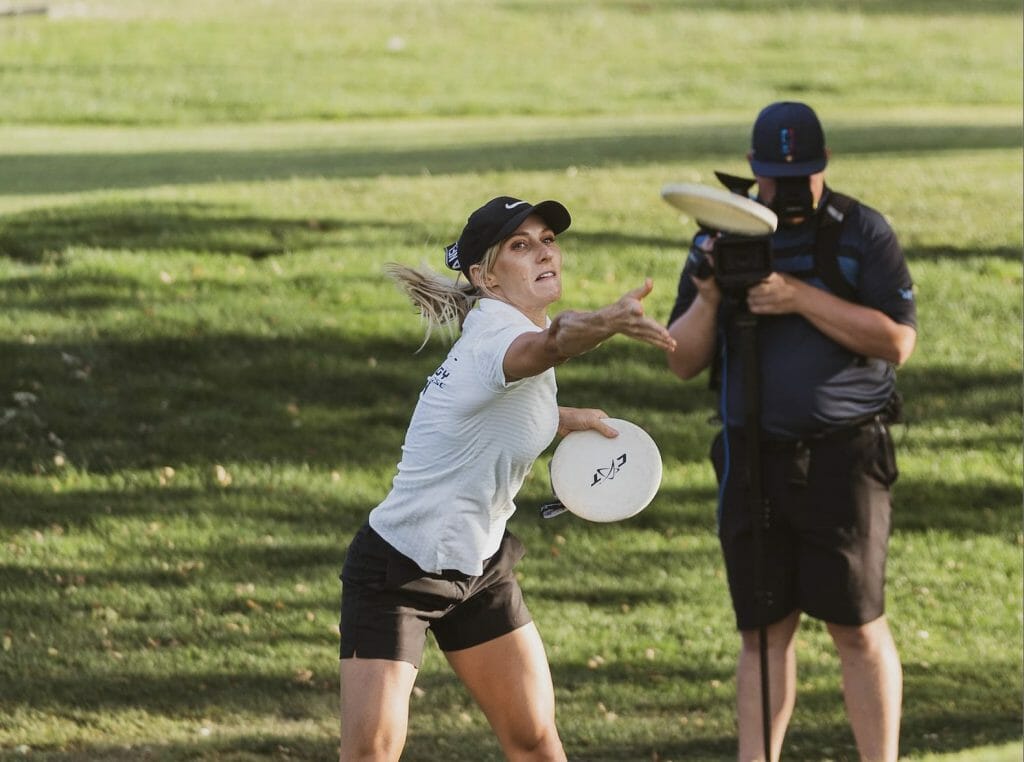 The Portland Open is being played at the brand-new Glendoveer Golf and Tennis course. With the tournament featuring a long, ball golf course, the typical giants were on display. And the altered tee pads and pars for the FPO division resulted in hot rounds coming in lower than their MPO counterparts, a real rarity and treat for the Elite Series events.

Hole 17 played as the easiest hole on the course. The 485-foot par 4 did not see any player with worse than a par accompanied by 83% of the field birdieing. The hole had 100% fairway hits, 89% hitting from C1X, and a 46% parked percentage. It is one of several holes with a higher par than the MPO division.

“There were not many errant shots, but a lot more birdies to be had. There are definitely some power shots and lots of holes where you just throw it as hard as you can. It feels like a normal ball golf course, avoid the OB, and throw it far.” – Paige Pierce on her round one performance.