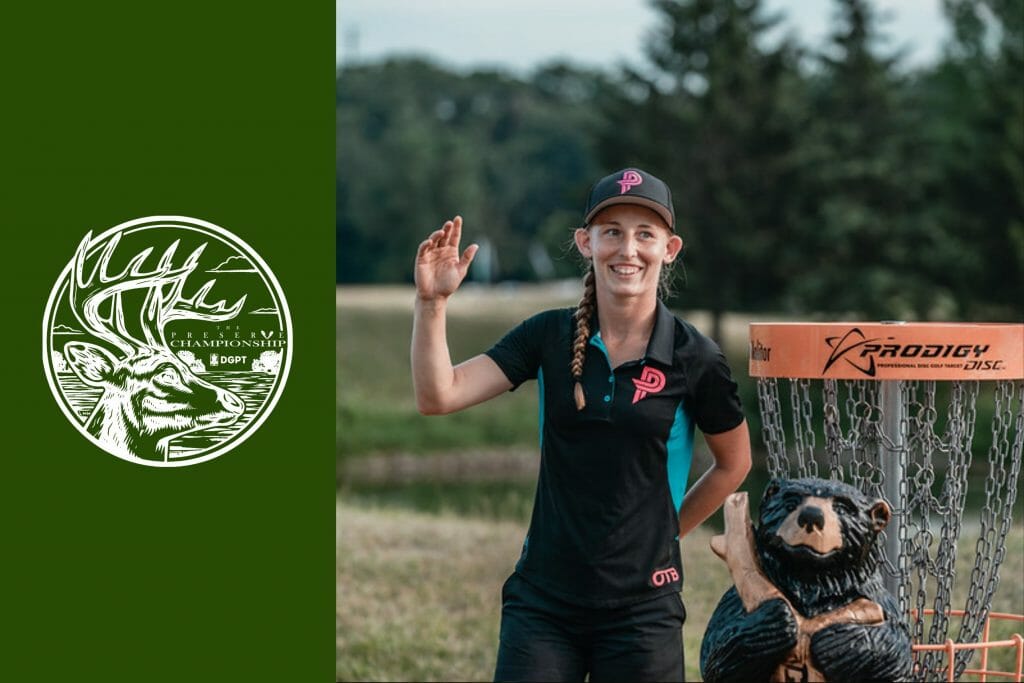 No lead should be considered safe, but Paige Pierce had to be feeling confident heading into the final round of the Preserve Championship with an eight stroke lead. She would put things away early to etch her name onto the Big Bear trophy as the inaugural winner of the Disc Golf Pro Tour event with a total score of 29-under par and a 10-under par final round.

“I would say that besides making some clutch putts, my mental fortitude and keeping a level head helped me the most. It’s easy to fold under the pressure of finishing on the podium especially on a course like this. We saw some great players coming in over par on this course and I knew I could not let that happen.” – Missy Gannon, after finishing her second consecutive DGPT event on the podium, the best stretch of her career.