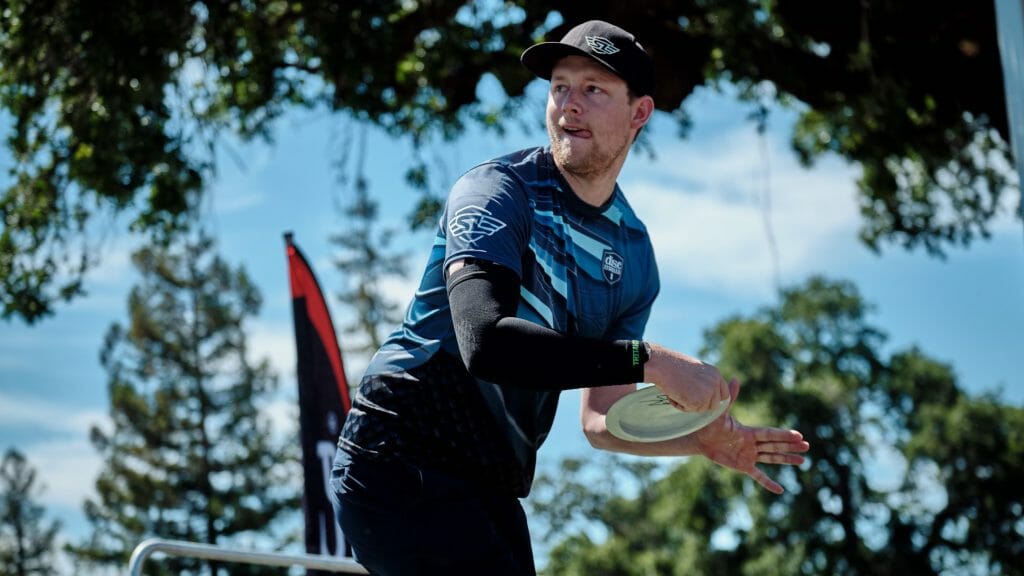 After 10 years sponsored by Discmania, Simon Lizotte won’t be wearing the shield in 2023.

In an emotional announcement video on YouTube, Simon addressed widespread rumors that he was going to leave Discmania and confirmed that they were true:

Lizotte said that he was ready for a change. “I started liking the idea of something different and a fresh start,” said Lizotte.

“If you had asked me three months ago what the odds are of leaving Discmania, I would have said, ‘Discmania for life, baby!'” said Lizotte. “And I’m totally OK with that. I would have been totally OK with that. But after this crazy season I had, I guess it was just a matter of time until someone reached out and made me an offer. And that happened.”

Lizotte did not disclose who his new sponsor will be, but he did say that ultimately the decision was not a financial one. Discmania made a significant counteroffer but Lizotte decided he was ready for a new chapter.

Lizotte had become synonymous with Discmania, featuring heavily in the company’s branding. He has long been one of the most popular pro disc golfers, and he reached new competitive highs in 2022, winning four Elite Series events.

An announcement about his new disc sponsor is expected in the coming weeks.