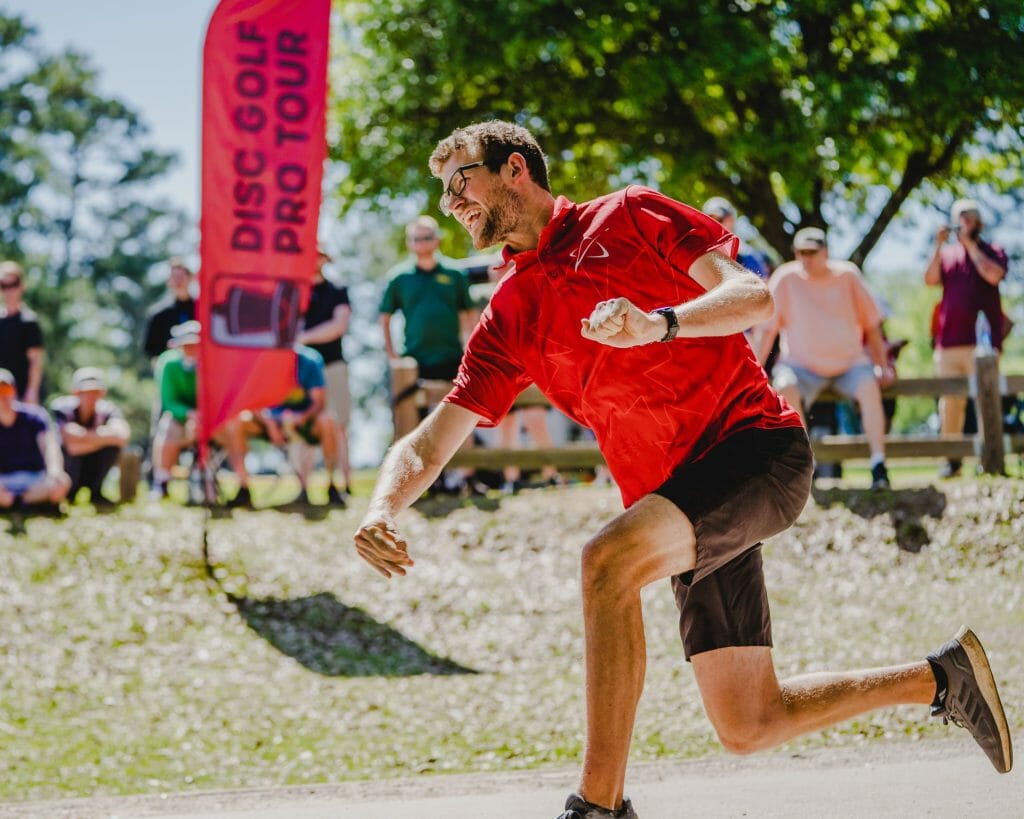 After two years sponsored by Prodigy, Thomas Gilbert has signed a two-year endorsement deal with Thought Space Athletics with an option to extend to five years.

Gilbert will receive a monthly stipend, royalties on signature disc sales, and commissions on branded apparel.

“Once I landed on Thought Space, it pretty quickly developed into an understanding that it was going to be best suited for me,” said Gilbert.

He is contractually obligated to have 50% Thought Space discs in his bag with the other half open to any manufacturer’s discs. So far, Gilbert says he is really enjoying the Pathfinder (straight midrange) and Praxis (throwing putter), as well as the overstable fairway drivers, Coalesce and Votum.

“I’m liking the discs even more than I thought I would,” said Gilbert, who will also bag Destroyers, Sexton Firebirds, a Zone, and more discs to be determined.

This is the third notable touring pro that Thought Space has signed after their foray into player sponsorship with the Matt Bell signing in 2020. “It’s humbling, because Thomas actually approached us,” said Thought Space Athletics owner Aaron Wilmot. “We had some time to hang out together when Matt [Bell] and I went to Canadian Nationals.”

“Thomas is a great player but also, notably, a great person,” he said.

Gilbert’s new deal has a bigger upfront guarantee than his previous deal with Prodigy, he said, noting that the Thought Space contract is “twice as good” as what he received from Prodigy.

Along with a signature series disc, Thought Space is working on co-designing a new mold with Gilbert, a putter that is expected to release in the first quarter of 2023.

The deal comes after a period of rapid expansion for Thought Space. Wilmot said that when they released their first mold, the Mantra, in 2019, they ordered 3,000 discs. In 2022, they ordered more than 600,000 Mantras. MVP Disc Sports is the primary manufacturer for Thought Space Athletics discs, though Yikun also makes some of their base plastic lineup.

Wilmot said that having only half of the players’ bags dedicated to Thought Space discs is plenty. “We want them to be able to compete to their fullest potential,” he said. When their sponsored pros choose TSA discs in certain slots, that’s a powerful signal that those are great discs, he added.

Gilbert, who made headlines early this year when he became the first male professional disc golfer to come out as gay, had three top 10 finishes on the Disc Golf Pro Tour in 2022 and qualified for the Tour Championship out of the second-to-last spot in the play-in tournament. He finished the year rated 1022.