True Strokes Gained: The Next Frontier of Disc Golf Stats 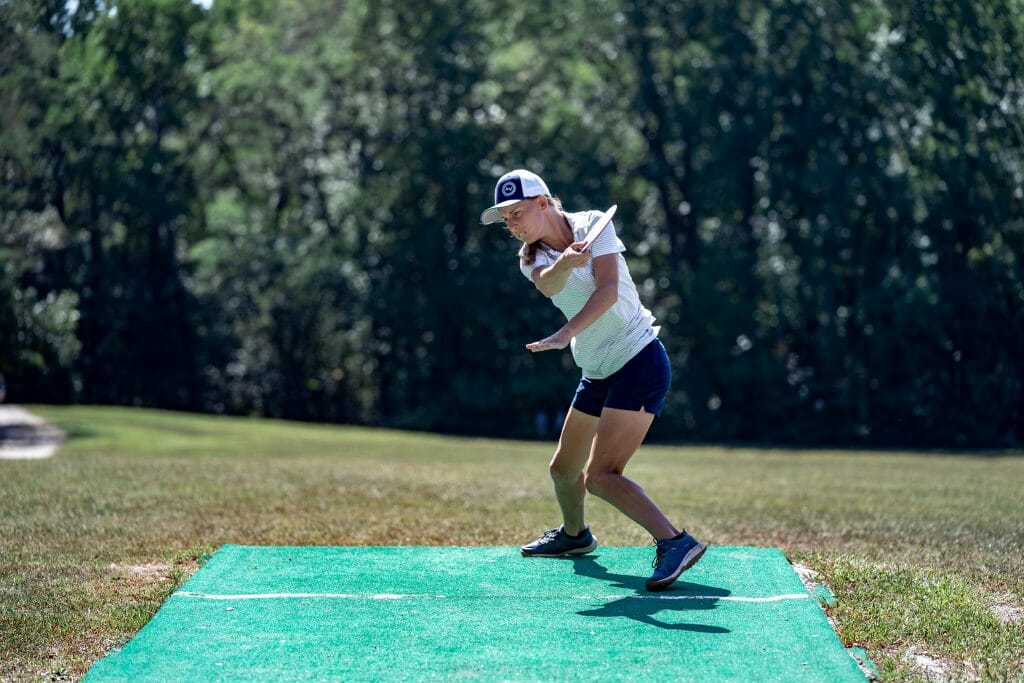 What a start to the 2021 season. We had the first ever DGPT All-Star event, Paul McBeth signed another record breaking contract, and, for the stats heads out there, UDisc released a brand new class of statistics called strokes gained.

Strokes gained was first developed for golf about a decade ago, and I have written on it as a proof of concept in disc golf several times. Now these statistics are available for all UDisc events going back to 2016.

This is a big deal because strokes gained is probably the best way we know how to compare players to each other. Looking at counting stats like greens in regulation and putting percentage is great, but it can be difficult to see how concretely they translate to scores — and scoring separation.

With strokes gained, though, we can directly quantify how a player’s tee-to-green skills and putting skills influence their score because strokes gained at its simplest is a measure of how many throws it takes for a player to get the disc in the basket from any location on a hole.

If you are interested in more background information on these statistics, UDisc has a couple great articles to read: one is a more general introduction, and the other goes more in depth on the mathematics. I highly recommend both.

The strokes gained stats that UDisc generates for each round and each tournament compare players to the average in the field. So, for example, in Nate Sexton’s 2020 LVC win, his total strokes gained was 22.9 above average for players competing at the event. That is a pretty impressive result! But is it more impressive than the 18.06 strokes gained by Chris Dickerson in his USDGC win? Even though 23 is bigger than 18, I would almost certainly say Sexton’s performance was not as impressive as Dickerson’s. Why? Well, I think you know the answer – strength of field. The USDGC is an invitational event, and the average player there is a much better golfer than the average player at an A-tier like the LVC.

It doesn’t always make sense to compare strokes gained per tournament, because some events have three rounds and some have four (or five), so I have calculated the average per round true strokes gained for the 2020 season, with 1020 (MPO) and 940 (FPO) ratings used as the benchmarks.

The figures below show the top 25 and top 15 players for MPO and FPO, respectively2, broken down by tee-to-green and putting. Roll over the charts to interact.

So what does this show us? On average, Paul McBeth shot 3.2 strokes better than a 1020 rated player per round from tee to green and also gained nearly a stroke on the putting green. Paige Pierce was even more impressive, relative to the field. These true strokes gained numbers are much more meaningful numbers than raw strokes gained metrics, which can often be in the double digits. They allow for a more clear comparison to other top professional players.

You will see that values for tee-to-green performance vary significantly more than those for putting. This shows us that there are a lot more strokes to gain (and lose) from tee-to-green than on the green itself. This is consistent with my previous work indicating that a player’s prowess off the tee drives a majority of their success on the course. Certainly, most of the players that are at the top of the leaderboard are also good putters, it’s just that there isn’t as much value there as off the tee.

McBeth and Pierce top the 2020 lists: both have amazing tee-to-green numbers and are top six putters. Heather Young and Ohn Scoggins stand out because all of their value comes from their elite putting skills. Conversely, Garrett Guthrie’s value comes exclusively from throwing the disc. Take a closer look at these graphics and let us know in the comments about anything interesting you find.

I have also included a chart for results from this past weekend’s 2021 Las Vegas Challenge. The patterns for this individual event are pretty consistent with those from all of 2020. Both of the LVC winners putted very well and were best in the field from tee-to-green.

These strokes gained statistics are another big step in the right direction for disc golf analytics. They truly help us to better understand, and I think appreciate, players and the game. And this deeper understanding is only going to facilitate the rapid growth that we’ve seen in the participation, business, and media realms of the sport.

It’s great to hear from you. You win the game when your strokes are powerful. To increase my stroke strength, I am using Pinpoint Golf. This app helps you track and improve your strokes.

I love to play disc golf . But unfortunately I am not pro player. Dis golf for me is hobby. I heard that The top professional players make it look effortless when they throw a 400-foot drive or smash a 50-foot putt. But looks can be deceiving! Perfecting your game takes a long time and tons of practice so don’t get discouraged when you make mistakes.