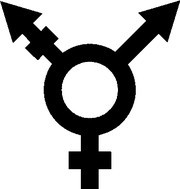 The World Flying Disc Federation announced today that the organization has approved a transgender athlete policy.

“There has been a growing recognition of the importance of autonomy of gender identity in society worldwide,” said WFDF President Robert “Nob” Rauch in a statement. "It is necessary to ensure insofar as possible that transgender athletes are not excluded from the opportunity to participate in flying disc sports events, while ensuring fair competition for all other athletes. This policy is designed to help protect our transgender athletes’ rights to participate in the gender division in which they identify at WFDF events.”

Under the policy, which closely mirrors that of the International Olympic Committee, players transitioning from female to male may compete freely in the Men’s Division or as a male in the Mixed Division, so long as “total testosterone level in serum androgenic hormone levels are not [in] excess of the internationally accepted standard for transgender treatment.”

Players transitioning from male to female and seeking to play in the Women’s Division or as a female in the Mixed Division have more stringent testosterone limits: “The athlete must demonstrate that her total testosterone level in serum has been below 10 nmol/L for at least 12 months prior to her first competition.” This mirrors the policy approved by the IOC for Olympic competition last year.

Regular blood testing is required of players to confirm allowed testosterone limits, but, like most sport transgender policies, sex reassignment surgery is not required.

This policy differs from USA Ultimate’s much more relaxed policy, approved this summer, which simply requires that players transitioning from male to female be taking testosterone suppression therapy for a minimum of one year before being able to compete in the Women’s Division or as a female in the Mixed Division. USAU’s policy does not set testosterone limits, call for medical documentation, or require blood testing for proof of treatment.

Thanks for writing on this subject. I like the language and perspective the Women’s Flat Track (Roller) Derby Association offers. See here: https://wftda.com/wftda-gender-statement/ I specifically like the part that reads: “…An individual who identifies as a trans woman, intersex woman, and/or gender expansive may skate with a WFTDA charter team if women’s flat track roller derby is the version and composition of roller derby with which they most closely identify.” Play where you identify. More inclusive then blood tests etc. Let’s keep talking and looking to other progressive models. Tall people play disc with short people and that seems to be working out just fine