Who The Heck Are These Teams? 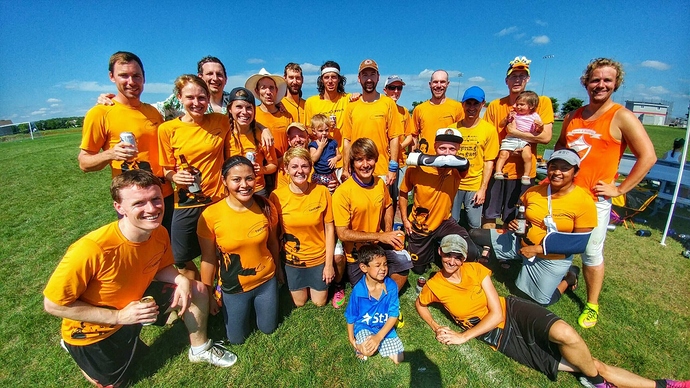 With Nationals just a sleepless night away, the possibilities are endless. Teams will take the fresh cut fields on Thursday morning with naught but infinity stretching before them. A few nights after that, however, the possibilities will be distinctly finite, as most teams will have been eliminated and we’ll all be focused on Ironside and Fury and Mixtape and Revolver just like every year.

But until that happens, let’s look at some teams that are already living the dream: the first time Nationals qualifiers. The teams who have hit their big milestone for the season and get to enjoy themselves at the top of the mountain for a weekend. These are some teams you may not have heard of. These are teams that, quite frankly, you may never hear from again.

Making Nationals for the first time is a wild experience. You put in so much time and effort into a goal, and then you achieve it, and it is the best feeling in the entire world. But unlike most things in life, where the culmination of the goal is also the end of the activity, now you have to go play games at Nationals. Perhaps as a result of this weird emotional plateau, first time Nationals teams rarely have much success. (The first time I made Nationals my team went a tidy 0-5).

But this isn’t a time for grim realities; it’s a time for celebration. So while all the players about to take the fields in Rockford are still dreaming, let’s meet some of the teams that are on the National stage for the first time. And hey, who knows, maybe one of them will stay in the spotlight all weekend.

Who are they? – A second year team out of the Great Lakes, Rival is a joint arms initiative between Ohio State Fever and Michigan Flywheel. Comprised largely of alums and some undergrads from those two storied programs, the team is a figurative olive branch between two universities with a contentious relationship, hence the name “Rival.”

At first glance it may seem that any unholy alliance between Michigan and Ohio would be doomed to fail by higher powers and the order of the universe, yet so far the team is proving that winning and success are a cure for any long simmering hostilities, as they polished off Chicago Nemesis to swipe the lone bid out of the Great Lakes. It's the first time since 2007 that Nemesis will be missing the big dance. Historically, when Michigan and Ohio get together it has meant trouble for Chicago; the last time Nemesis was knocked out at Regionals, it was by MOJO, a previous iteration of the Flywheel/Fever alliance, in 2007. Evidently, when it comes to these battleground states, they really are #strongertogether.

Why are they great? – The team features many familiar faces from the college division over the past few years, most notably several characters from the 2014 Fever team that won it all. It’s always great to see the young guns out there with the adults, and even better when they hold their own and then some. Stevie Miller might be the most notable name, as she has been tearing it up on the All Star Tour the past two summers. In addition to Miller, the team boasts three other U23 players in Hannah Henkin, Tracey Lo, and Caitlin Harley.

Of course, the team isn’t all young'ns, as a few steely veterans have come aboard to steer the ship. Becky Moore and Sara Scott, two former Nemesis players, crossed over to Rival to take down their former comrades. This twist adds some spice to what looks like it will be an annual struggle for power in the Great Lakes.

From Fort Collins, Colorado (about an hour north of Denver), shame. is comprised of a group of players who had casually been playing in league and party tournaments together and decided to give elite club a try. Now, they are the 9th seed at Nationals. Wow.

Why are they great? – Well, besides being the product of a night of drinking, (can we call them “the team that launched a thousand shots?”) they have a pretty great name. Apparently the original name going to be “Jake, Kyle, and Friends,” which is terrible, and thankfully was recognized as such. So instead of coming up with a better name, the team evidently decided to remember forever how terrible that initial suggestion was by literally name-shaming the founders. God bless America.

There is definitely still some ground to cover from here, though, theme-wise; there’s just a lot different of directions to go with that name. I’m still holding out hope that their jerseys for Nationals will somehow include or make reference to Michael Fassbender’s massive dong. (It’s probably okay to click on that link at work.)

Who are they? - Essentially an “everyone who is good at ultimate in Massachusetts who isn’t on Ironside" team that managed to knock off Toronto GOAT in the game-to-go at Northeast Regionals. A composite of old Garuda players with some of the top Dark or Light guys and a sprinkling of Ironside defectors, Dig is full of guys who were close to Nationals in the past but never quite got over the hump until this year.

Why are they great? – Let’s get this out of the way early. (*climbs to the top of Bunker Hill* *does 20 burpees* *listens to Sister Christian* *grabs mic*) BAAAAAAAABBBBBBBIIIIIIIITTTTTTTTTT

Okay, so now that we’ve taken care of that, we can talk about the non-Babbitt related reasons to love this team.

For starters, they brazenly drink about 20 gallons of Red Bull every game to induce their sidelines into a crazed fugue state, like those Germanic tribes that would audaciously fight the Roman Empire naked in the snow with a bunch of long pointy sticks. They bucked the trend and were one of the first Northeast squads to steal a Canadian team’s bid (small recompense for years of the Canadian scourge stealing good hardworking American bids. Our bids are leaving! We don’t win anymore! BUILD A WALL). And last but not least, they inexplicably rostered the captain of the Dutch National team, who may or may not even be in the country for Nationals.

Who are they? – Technically a first year team that decided to make it Facebook-official after crushing at two unsanctioned tournaments in 2015 and realizing that winning is a lot of fun. The team is a mashup of some current FSU and Florida players along with assorted randos and misfits from the Florida ultimate scene that wanted to give mixed a shot. With crazy athleticism across the board, they were able to hold it down defensively while their offense slowly put the pieces together over the course of the season, peaking at Regionals to swipe the Southeast’s only bid.

Why are they great? –They named their team G-Unit. “G-Unit.” 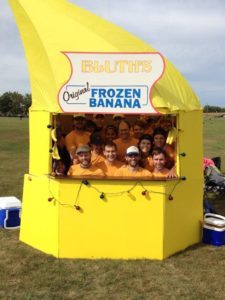 No Touching has a frozen banana stand that we are sure to see in Rockford.[/caption]

Who are they? – Hailing from the land of a thousand lakes, No Touching joins Drag’N Thrust as the second team member of the Twin Cities’ Nationals delegation.

Founded on the timeless principle of “we’re old and DNGAF,” No Touching are bringing the weird in a big way to Rockford. Captain and founder Sam Valesano described the tryout process as “people who are burnt out, got cut from tryouts, or just want to 'retire' somewhere.” Also, check out their hilarious “tryout” google doc.

This might be one of the oldest teams at Nationals, with five players Grand Masters eligible, a 37 year old “rookie,” and guys who played at Nationals back in the early 2000’s on teams named things like “Hot Action” and “Flaming Moe.”

Why are they great? - You mean besides everything above? It’s totally unfair to ask any team to the fill the shoes of the UPA, the darlings of the Nationals last year who died for our sins at Regionals this season, but these old fogies might just be the next best thing. Here is a verbatim description from their captain of the team’s experience in the series thus far:

No one joined this team with dreams of Nationals. It was only something we jokingly discussed over drinks after winning both goaltimate and winter league this year (knocking out both Drag’n Thrust and Sub Zero). Jolien Munsterhuis and Tony Michaelson booked a vacation to Australia over Nationals… I mean, who does that if they have even an inkling that they may be in a game-to-go?

I don’t want to come across as facetious, but we were seriously bummed when we realized our section only had five bids to regionals. We secured our regionals bid on Saturday and celebrated with a bar crawl through downtown Appleton. And then, amazingly enough, we won sectionals! We were pretty sure we #peakedtooearly… but I guess not! Maybe old dogs can learn new tricks.

I mean, they didn’t even think they would make Regionals because their section had only five bids, and now they are playing at Nationals. What a world.